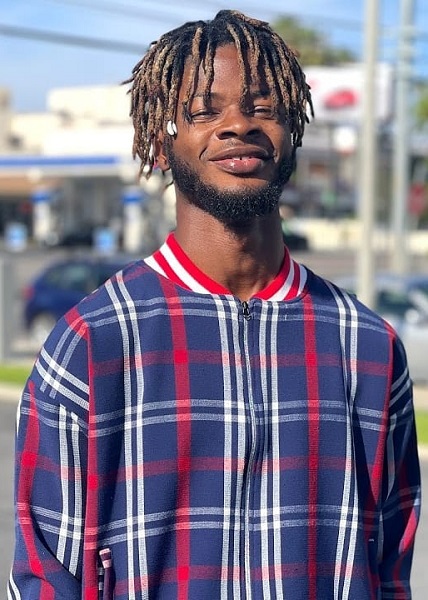 AGT Dflex is aged 27 years old flexible man from Nigeria. What is his real name? Find Out!

What an amazing year and ratings for America’s Got Talent show this year. With unique performances like Dflex, AGT continues to thrive among its viewers.

He may appear as a normal person with face paint at first. But, Dflex will leave you stunned after his act.

Dflex AGT Age: How Old is Flexible Man From Nigeria?

Dflex from AGt is the age of 27 years old.

He celebrates his birthday on December 25 along with Christmas day every year. Likewise, Dflex is a contortionist performer- which means he can bend his body in any way he likes.

In fact, Dflex has been named as the “most flexible man from Nigeria”.

His dexterous ability shocks everyone in the country. Interestingly, he discovered his hidden talent while playing at the playground as a child.

Dflex eventually showcased his ability at Nigeria’s Got Talent. Furthermore, he became a notable finalist in the show.

Now, Dflex is trying to reach a wider audience via the AGT stage. He calls the experience the greatest moment of his life.

What is Dflex’s Real Name?

Dflex is known by his real name of Oyindamola Kolawole Emmanuel.

However, Oyindamola prefers to go by the stage name Dflex. He reportedly got his stage name from one of his friends. It is a shorter term for “dami flex”.

The artist is originally from Akure, Ondo State in Nigeria. Likewise, he was born as the first child among the four siblings of his family.

Besides his bending talent, Oyindamola is a university graduate. He attended the Yaba College of Technology and pursued a Mass Communication degree.

However, his main interest remains his Creative contortionist art. Moreover, he wants to aware more people of the ability and remove the stigma surrounding the unique ability.

He boasts over 8.8k followers on the social site. Similarly, his profile is filled with his body-bending photos.

Dflex is not only a performer but also an instructor. He teaches as a flexibility and yoga coach for many people.

In 2020, he held his own show titled “LIMBERNESS”. In addition, he has also performed with Nigerian celebrities like Kaffy, and Psquare.

His other notable shows include UK’s Circus Zyair, Lagos State Count-down, and Big Brother Naija. Furthermore, he got a chance to feature in the music video for Phyno called Alobam.