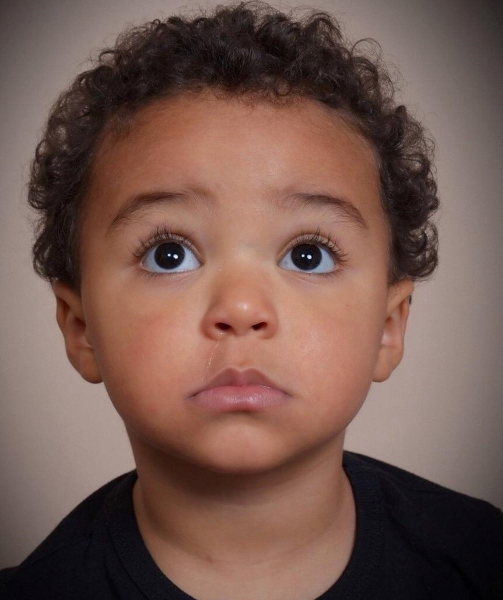 Amari Nicholson Body has been found dead after his missing case. The toddler mother and father are devasted. Case Update here.

Nicholson was a 2-year-old little boy whose mother’s boyfriend has murdered.

The boy’s family is deeply saddened as they stated that their boy was an adorable and loving child who loved Mickey Mouse.

Amari’s murder had wrenched multiple hearts, and people are continuously paying tribute to his departed soul.

Amari Nicholson’s dead body has been found on Wednesday, 12th May 2021.

The little boy was reported missing since 5th May from Paradise Road.

After a brief investigation, Amari’s mother’s boyfriend Terrell Rhodes was suspected, and he got arrested on Tuesday, 11th May.

The Las Vegas Police Department suspected Rhodes as bloodstains were found on his apartment.

After the missing complaint, Rhodes, 27, is lying about everything to the cops; however, after his arrest, he accepted the crime.

As per CNN, Rhodes claimed to abuse the little boy and hit him multiple times, causing him to die. Later Rhodes hid his body.

Terrell Rhodes is charged with murder, and he will remain in jail without bail.

Tayler Nicholson was Amari Nicholson’s mother. She had left her toddler with her boyfriend when she had to be in Colorado.

There is no information on the baby’s father as Tayler had full custody of him.

However, we learned that he lived in Reno and had been to Las Vegas after his son was reported missing.

After knowing Amari’s death, his mother had penned down a sad Facebook post claiming she had no idea about it and her whole world has been taken away from her.

However, the parents are now devasted after their son is found murdered.

Amari Nicholson’s age was only 2 years old when he died.