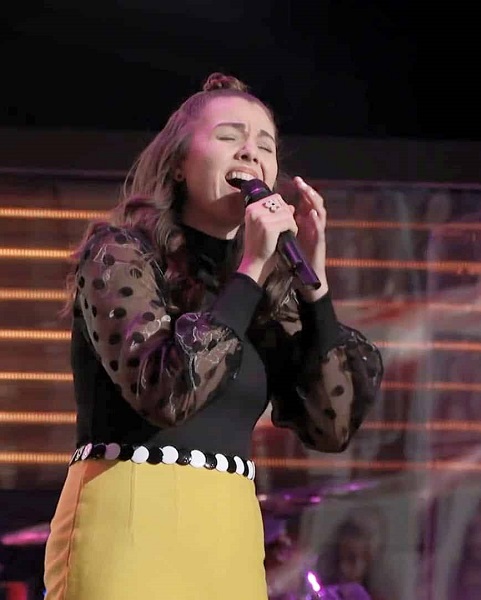 Anna Grace The Voice Age and Audition: Everything you need to know about the impressive singer

Anna Grace is a contestant of The Voice Season 20. She left an impact on all the judges of the show and received 4 chair turns for her performance.

Anna is a Milwaukee native, who loves singing and has gotten through hard times in her life. In 2017, Anna Grace suffered from life-threatening Septic shocks. She survived six septic shocks, and her survival is considered not less than a miracle by the doctors who treated her. The singer is thankful for her life and wishes to live life to the fullest.

The Wisconsin-based singer Anna Grace’s age is 20 years as of now. The singer has a huge fan following on TikTok with more than 117k followers on the platform. One of her TikTok videos has nearly 1 million views.

Anna Grace participated in the blind audition of The Voice UK. She mesmerized all four judges: Kelly Clarkson, Blake Shelton, John Legend, and Nick Jonas by her jazzy performance of “My Future” by Billie Eilish. She received 3 chair turns immediately after starting her performance while Blake Shelton took his time to listen to the song and joined the other 3 judges at the end.

Anna was praised by all 4 judges. Nick Jonas believes Anna has the best voice among all the contestants in this season, while Blake praised her for being aware of her vocal range. The episode of her audition will be aired on March 15 at 8 pm ET/PT.

Anna Grace is active on Instagram under the user handle @anna.grace.music. She has amassed 15.9k followers on her Instagram account (as of March 13. 2021). She mostly shares the sneak peeks of her cover of popular songs among her followers. She also shares her TikTok videos on the platform.

As evident by her Instagram posts, Anna has a boyfriend named Maxwell Harrison. The couple has been dating since at least early 2020. There is no information on Anna’s parents and siblings.