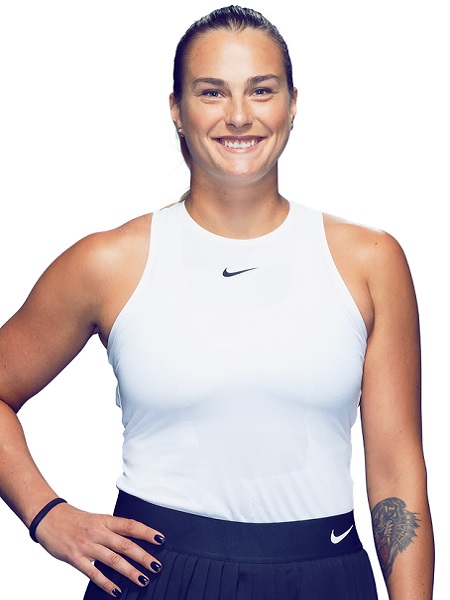 Aryna Sabalenka rumored husband is Matvei Bozhko. Are they really married? Well the gossips are false.

Sabalenka is a professional tennis player. She is the former world’s number 1 WTA Doubles. Similarly, she is also the World’s no.4 in Singles. Aryna has won a total of 16 WTA titles – 6 in doubles and 10 in singles.

Neither Aryna Sabalenka has a husband nor Matvei Bozhko is her partner.

Back in 2019, Aryna was supposedly dating her boyfriend, Matvei Bozhko. In fact, the media had pictured them together a couple of times.

Matvei is a hockey player from Belarus. The 6 feet 6 inches athlete used to play for Wenatchee Wild.

However, Aryna and Matvei Bozhko are not married. The former lovebirds have already called quits. Furthermore, Sabalenka has moved on with her new boyfriend.

Before Matvei, Aryna was rumored with her coach Dmitry Tursunov. But, the gossips were never confirmed, and the duo called off their professional contract in 2019.

Aryna Sabalenka is engaged to her partner Konstantin Koltsov.

The tennis player had announced her engagement in November 2019. But, she never revealed the name of her beau and only hinted that he was Belarusian. The couple only came public about their relationship in 2021.

Moreover, both of them posted pictures with each other on their respective Instagram.

Koltsov is a 40 years old Belarsuain ice-hockey player. Similarly, Aryna is 23 years old in age. Despite the age difference, the soon-to-be husband and wife are smitten.

The two were very close to each other. Similarly, Sergey was a former hockey player. This explains Aryna’s love for hockey and hockey players.  Sadly, Sergey passed away in 2019 at just 43 years old.

Aryna and her family are natives of Minsk in Belarus.