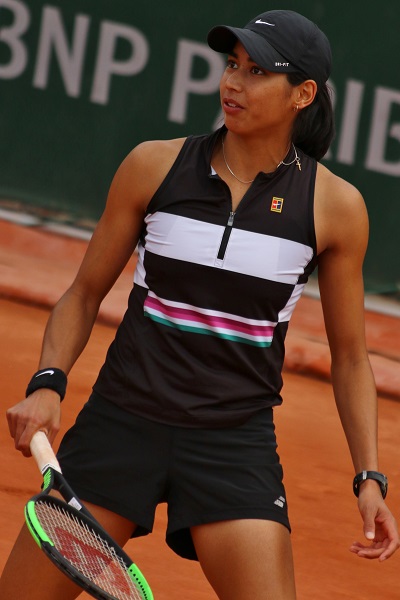 Astra Sharma is an Australian professional tennis player from Perth. Her WTA rating as of June and July 2019 for her singles is 85, and for her doubles, it is 115.

Who is Astra Sharma’s Partner?

Astra Sharma has kept her partner and dating life a secret.

There is no information on her boyfriend or ex-boyfriend.

However, talking about her partners in the game, in the 2019 Australian Open, Astra partnered with John Patrick Smith. She reached the final of the mixed-doubles competition after receiving a wildcard to enter.

This match ended up becoming the highlight of Astra’s career.

WA’s Astra Sharma into mixed doubles decider at Australian Open WA’s Astra Sharma has reached the first grand slam final of her fledgling career after she and playing partner John-Patrick Smith won through to the… https://t.co/1QiS04UftX via @thewestcomau #perth #westaustralia pic.twitter.com/xylcRvSNjo

In 2016, she partnered with Frances Altik and won 2 doubles on the European ITF Circuit.

Astra has also played as a partner with JP Smith for the mixed doubles of the Australian Open, where they reached the semifinals.

As per Astra Sharma wiki, she was born in Singapore on 11 September 1995.

She was born to a Singaporean Indian father, Devdutt Sharma, and a Singaporean Chinese mother, Susan Tan. Both of her parents are athletes. Her father was a high jumper, and her mother was a sprinter from CHIJ Saint Theresa’s Convent.

She started her career in October 2011 with ITF. She won her first title in July 2015 at Sharm El Sheikh, Egypt. She was ranked 787 in singles at that time.

Astra Sharma can be found on Instagram under the user handle @astrasharma.

She mostly shares the pictures from her matches and practices among her followers. The athlete has featured the Instagram accounts of Wilson Tennis, O2 Management, Maui Jim Sunglasses, and Lululemon sportswear on the Instagram bio.