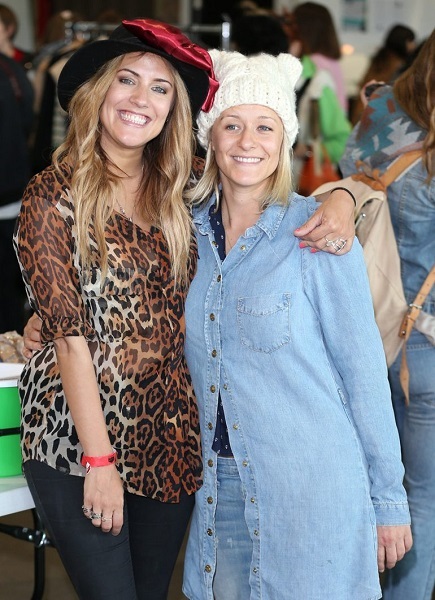 However, for Caroline’s tribute and memory, Channel 4 has started a moving documentary named “Caroline Flack: Her Life & Death” in her name. Jody Flack also appears in the documentary to talk about her sister’s life. The twin sisters had an incredible bond together.

Jody’s husband has not been featured in the documentary. She is a married lady. In fact, she married at a very young age.

However, Jody has shared her photos with her children on her Instagram. Her Instagram id is “jodyflack.”She has 4,909 followers until now. Jody is a mother to three children. She has two daughters named Zuzu and Delilah and a son named Willow.

Jody has always managed to live a life away from the media and spotlight. She has worked as a film editor, but her net worth is not known.

They are not identical twins; however, both were very close to each other. Caroline always used to post her throwback pictures with her loving twin sister. Apart from Caroline, Jody’s other siblings are 49-year-old Paul and 51-year-old sister Elizabeth.

According to Mirrors, Caroline had a disturbed lifestyle with her partner. She was found dead in her flat, in Stoke Newington, London, on 15 February 2020.

Jody and her mother Christine were supposed to meet Caroline on the day she died. They are still very sad that they were unable to save her.