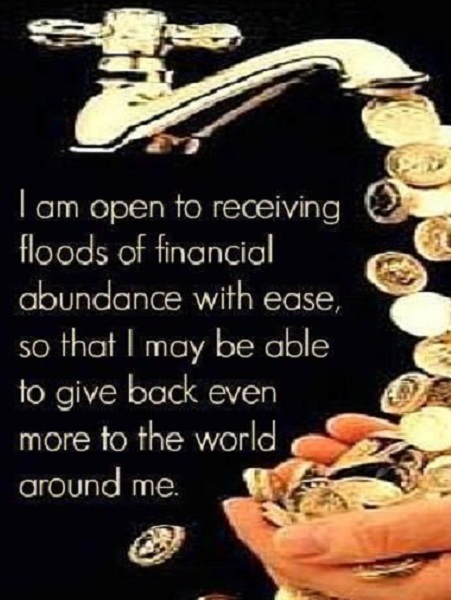 Money Mantra is another thing that’s spreading on TikTok rapidly. As the name says, the money mantra is a mantra that you can chant. After you chant the mantra, you will get a lot of money.

TikTok is a really vibrant place where you can find money mantra, self-help, dark jokes, and silly dances and I think this one is a fun and productive trend.

If there is a money mantra that genuinely exists, what’s the harm in trying that. Although I am too much of a skeptic to believe that, I am liberal enough to explore and see what all the fuss is about.

Apparently, there is a song that you are supposed to sing. A song or a mantra, whatever you prefer to call it, can be uttered and that increases your chances of getting the money. I think some of you are more confused now than you were before. Just watch this video below:

This is the TikTok mantra that’s supposed to bring you money abundantly. I personally haven’t tried it and can’t say if this works. However, after seeing this guy vibing to the money mantra, I am really intrigued as some of you might be as well. I guess I had your curiosity, now I am sure you have my attention.

The money mantra is something you can chant or listen and that is going to bring money in your life. Mantras are not modern inventions. They have been present with us for centuries. Mantra is an utterance or a word that is scared. It’s special because they have powers and raise your existential alertness.

Even ina productive and money-minded world like the 21st century, mantras are considered effective. As some people claim, using the money mantra will bring a lot of money into your life.

As I already said, I am quite skeptical about this. I don’t think uttering a song or a mantra can magically bring you a lot of money. However, I also think that saying something repeatedly like manta to change one’s subconscious brings you closer to that.

There are people on TikTok who use this song and claim that it brings you a lot of money. It’s supposed to be a curse breaker. I really need this curse breaker and a lot of you might also need it. What’s the harm in trying? Right?

All the people who are singing mantras are indebted to King Soon. King Soon is a TikTok creator who made this sound. This sound or rap can be considered as a mantra. Soon claims, if you sing this mantra while shaking your pennies, the money will come into your life from everywhere.

The lyrics might sound like a bunch of nonsense at the start. But it’s a fun rap verse if you listen to it carefully. I am not going to write the entire lyrics because it would be ridiculous to do so.

If you want to read the lyrics, How about you guys take a quick look at this video?

Does this work? I am sure there are a lot of you who are skeptical about this. Some people on TikTok claim that it actually works.

We can’t also ignore the fact that some people might have claimed these sorts of things to gain more followers. I guess what’s the harm in trying it. Whatever people might think, I am going to ching ching ching the days and the nights away if that is remotely going to bring me money.