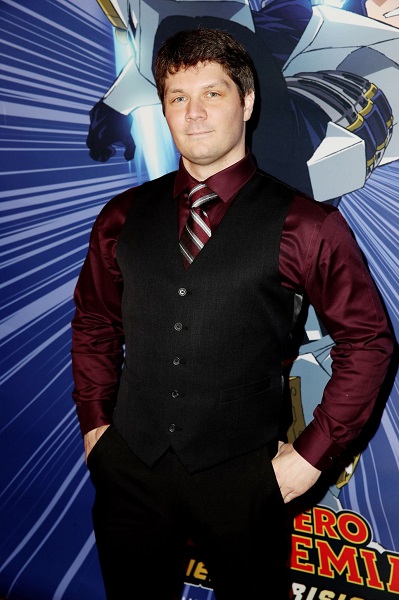 Clifford Chapin is a successful and renowned American voice actor and director at Funimation. He is a multi-talented actor as a writer and director. Funimatioan is an entertainment company that focuses on dubbing animated characters.

Chapin is also known for his incredible roles in anime shows and video games such as Katsuki Bakugo from My Hero Academia, Connie Springer from Attack on Titan, Cabba from Dragon Ball Super, so on.

For his contributions, Chapin received a VNS Award in the category of the best male voice actor in 2013 according to Wikipedia. Also, In 2019, he partook in the “Neon Genesis Evangelion” anime as Kaworu Nagisa for its Netflix adaptation.

Got up bright and early to #GoVote. Been there, done that, got the sticker. Because that’s what heroes do. pic.twitter.com/rdLxrxmEGa