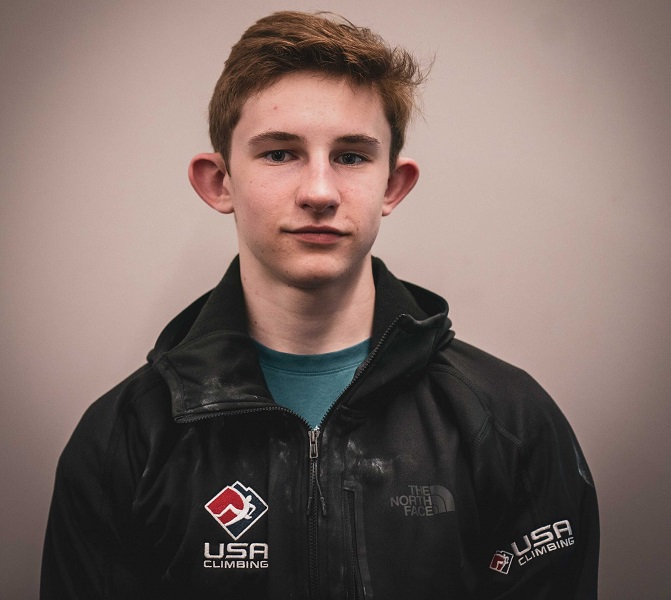 Colin Duffy is the 17-year old teenager up for Gold. Yes, the American Rock climber is on his way to achieving the 1st Olympic Gold in his name.

At just 17 years old, he is already selected to be a part of the Olympics. Isn’t that crazy? It sure is because this kid is on his way to create a significant impact on the rock climbing community.

He has won 2 times gold and 1 time silver in the Youth World Championships.

Who Is Colin Duffy?

Colin Duffy is an American Professional Rock Climber who is just 17-years-old. He became one of the youngest athletes to qualify to compete at the 2021 Tokyo Olympics.

He was born in Broomfield, Colorado, and did his high school in Stargate Charter School. He began climbing at the age of 3.

He has a love for animals, as he has already rescued a dog named Lucky and a cat named Sparky. Since Colin is just 17-years-old, he needs his education, and since the Covid-19 outbreak, his classes have been virtual, which gives him more time on his hand to training for the Olympics.

Who is Colin Duffy Parents?

Colin Duffy was raised by his parents, Eric Duffy and Nancy Duffy. His parents have always been supportive of his interest in climbing and enrolled him in ABC Climbing Gym at the age of 8.

ABC Climbing Gym is a kid-focused climbing center in the USA that specializes in training the best young climbers.

Colin has a verified Instagram account with over 33.5k followers. He also promotes brands that are for rock climbing. These brands that he is a part of the Black Diamond, Evolv, and Friction Labs.

He posts mostly about rock climbing on his Instagram.