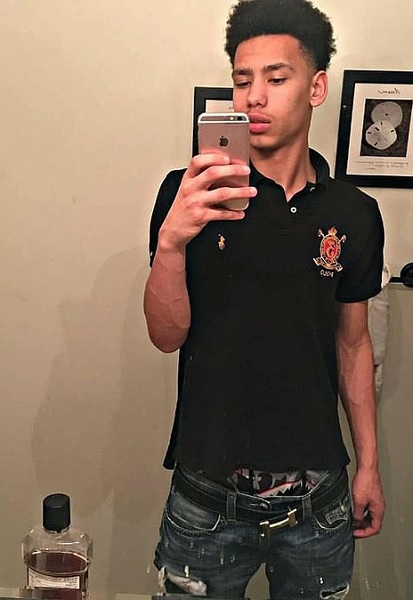 A day after the brutal shooting of Daunte Wright, Brooklyn Center Police have released bodycam footage of the moment Daunte was shot dead.

Daunte Wright, 20, was shot by officer Kim Potter who meant to use a Taser but mistakenly drew her gun instead, as per Chief Tim Gannon, reports BBC.

Brooklyn Center Police released a bodycam video of Daunte Wring being shot after the raged protests.

Ever since the video has been going viral on social media platforms, protesters have raged against the video even more.

The video shows the moment where three police officers prohibit him during a routine traffic stop. Wright stepped out of the car as the officer on the driver’s side opened the door. His hands were behind his back as an officer attempted to put on handcuffs.

Furthermore, Mr. Wright re-entered the car as he resisted the arrest. Simultaneously, a female police officer yelled that she would tase him; seconds later, she shot him dead.

However, the police department has claimed it was an unintentional act as they intended to deploy their Taser but mistakenly drew her gun.

Daunte Wright Criminal Background: What Was Arrest Warrant For?

As per the investigation, Daunte Wright seemed to have few criminal records in the past.

In June 2020, the African-American man had an outstanding warrant for “fleeing from law enforcement officers and for possessing a gun without a permit during an encounter with Minneapolis police.

I have obtained a copy of the outstanding warrant for Daunte Wright. He failed to appear in court last week after being charged with unlawful possession of a firearm and fleeing a peace officer. pic.twitter.com/k1wnD0ICiJ

Moreover, it was also reported that he failed to appear in court after being charged with unlawful possession of a firearm and fleeing an officer.

On April 11, 2021, he was pulled over for a traffic violation as his vehicle’s registration tag had expired. On the contrary, Daunte’s mother, Katie, claimed that her son had been pulled over for hanging air freshener on his rearview mirror.