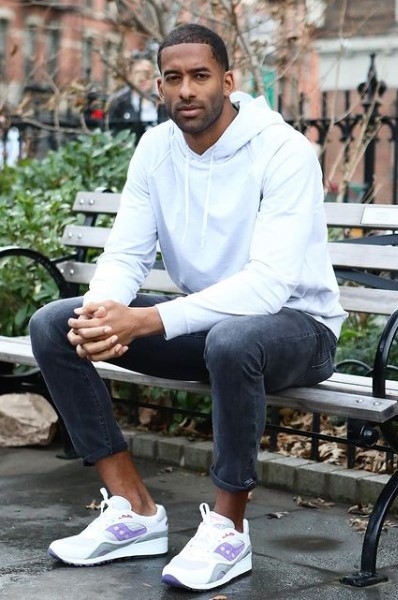 If you are a fan of reality shows and following dating games show, The Bachelorette, Matt James must be one of your favorite contestants. So, stick with us until the end to know everything about his mom, Patty Cuculo James. Matt James Father Name Revealed.

According to the source, The television star was born to Manny and Patty James in Raleigh, North Carolina. He is biracial as his father is black and his mother is white. He earned his graduate degree in Economics at Wake Forest University in 2015.

Besides being on the TV show, he is also a businessman who is excellent at playing football.

Matt James’ father is Manny James. Matt claims that his parents had split long before he could remember. His father has been absent throughout his life.

Everything On Mom Patty Cuculo James

The reality TV artist claims his mother, Patty Cuculo James, as his greatest inspiration. After Matt’s parents split, Patty, as a single mother raised Matt and his brother. Matt seems to be very close to his mother. The mother-son bond was also reflected in the TV show, The Bachelor. He is often seen sharing pictures with her on his social media accounts.

Matt also wished his mother A Happy Father’s Day as she was both the father and mother to him. We must admire Patty for raising such a gentleman.

Where is Matt James Now? Job And Net Worth Explored

Currently, Matt James is in New York busy shooting for the reality dating show, The Bachelor.

Talking about Matt James’ job, he is also the founder of ABC Food Tours. This non-profit organization educates children in underserved communities about food and exercise in New York City.

The gentleman has been living quite a decent life. However, his net worth and salary are not revealed yet.