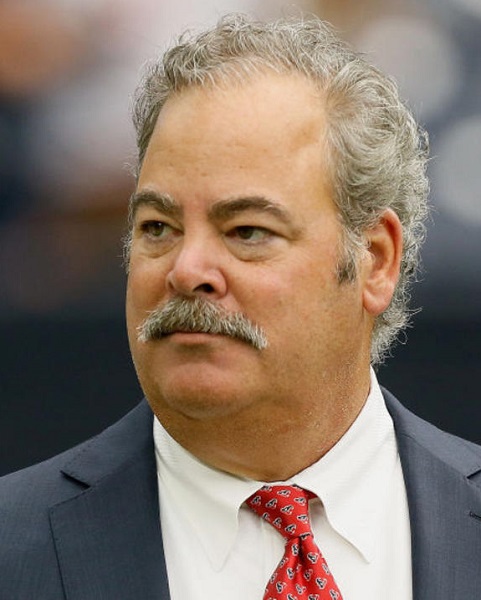 How much do you know about the NFL team, Houston Texans’ owner, Cal McNair? Here is a little review on the NFL owner including his earnings, net worth, and family.

Cal McNair is an American businessman who is the current chairman and the CEO of the NFL team, Houston Texans. He assumed the post of the CEO after his father, Robert McNair, who owned the club died in 2018.

Moreover, Cal McNair has been with the Texans for a very long time. He was promoted to the Vice-Chairman of the football club in 2008. A decade later, he would become the Chairman and the CEO of Houston Texans.

Spoke to #Texans CEO Cal McNair on JJ Watt: “We evaluated our options & were confident this was the right one for JJ and the Texans. … We started talking about this right after the season & we wanted to make sure we did right by him. This is not a goodbye, it’s so long for now.”

Cal McNair Net Worth: How much does the Texans’ Owner make in 2021?

Cal McNair’s father Robert McNair had a net worth of $3.8 billion at the time of his death in 2018. As Cal McNair has taken over his father’s post as the CEO, his net worth also hovers in impressive figures.

However, the exact value of his earnings and salary remain under review for now.  He has been on the executive committee of the Texans since 2008.

Is Cal McNair Married? Everything on his Wife and Children

The Texans CEO is a married man with a family. Cal McNair tied the knots with his lovely wife, Hannah. The couple shows up together in a lot of philanthropic activities.

As a result, Cal McNair has seven children with his wife, four sons, and three daughters. They reside in Houston, Texas.

Texans CEO Cal McNair on JJ Watt: “He’s one of the best defensive players in history…His legacy will be with us for years. It’s bye for now, but not bye for good… This is doing right by him, and this gives him time to pick his next stop.”

The Texans’ owner was born to his parents, Robert and Janice McNair. Similarly, he also has three siblings, Cary, Melissa, and Ruth. However, none of them are associated with the Houston Texans team.

Despite his popularity and the fact that he owns an NFL team, Cal McNair doesn’t have a Wikipedia biography until now. Neither is he present on any sort of social media.