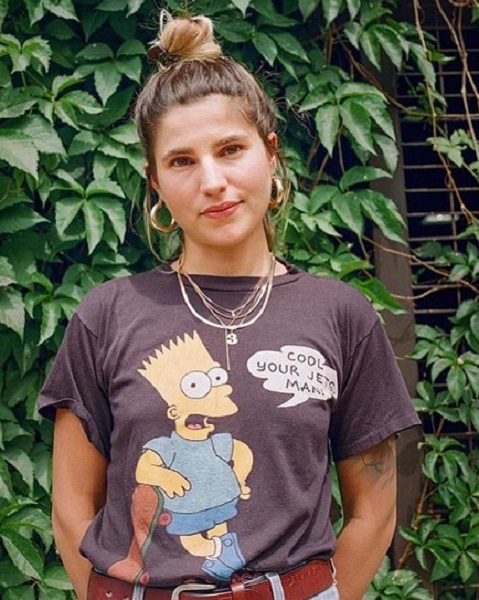 Fashion Girl 42069 aka Carly Aquilino is a famous TikTok Star. Read the article to know everything about her.

Fashion Girl 42069 from TikTok is a viral sensation and a renowned personality in social networking sites.

Her real name is Carly Aquilino.

She previously worked as a hairdresser and during this period she died her hair red which became her signature feature in Girl Code. Carly did her first stand-up gig at the Gothamcomedy club.

After eight months, she auditioned for Girl Code which was her breakthrough role.

Likewise, Aquilino approaches her material with a riotous no-nonsense attitude that pulls no punches, infusing her jokes with relatable anecdotes and self-deprecating sarcasm that leaves ticket buyers howling and begging for more.

Her height details have not been mentioned on any of her social media pages. Moreover, Aquilino seems to have a decent height, which goes along with her personality on stage.

The TikTok Star Fashion Girl 420629 is known by her Instagram username @carlyaquilino.

So far she has over 392k followers, along with 347 posts. Carly has shared all of her memories on her IG posts, along with famous personalities like Jason Derulo.

Who Is Carly Aquilino Boyfriend?

There is no exact detailed information mentioned about her boyfriend.

It seems like she is currently single, as nothing suspicious is found on her Instagram profile page. There aren’t many guys pictures found on her IG handle.

Previously she had relationships with star comedian Pete Davidson and Guy Code star Chris Distefano. For now, her relationship status remains a mystery.

No, Carly Aquilino is not found on Wikipedia despite having thousands of followers on her social media.

Moreover, fans can easily get access to her through TikTok, and Instagram as she is mainly active on those two networks.

Furthermore, at the age of 19, she moved to Brooklyn and began working in a hair salon by day and performing at local comedy clubs by night.

Her big break came when she was asked to fill in as an opening act at a stand-up show featuring Chris Distefano, a featured cast member on MTV’s talking heads show Guy Code.