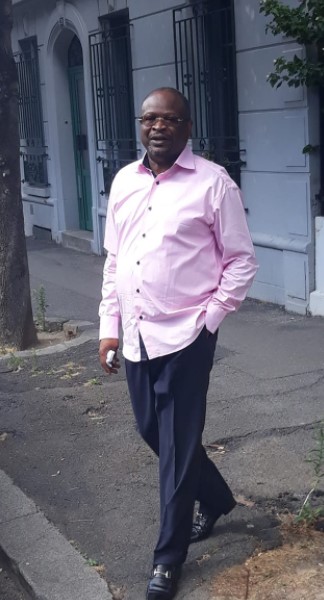 Guy Brice Parfait Kolelas has died recently, and the revealed cause of death is COVID-19.

Congo Presidential candidate Guy Brice Parfait Kolelas was a well-known politician. He was the president of one of the main political parties of Congo-Brazzaville named Congolese Movement for Democracy and Integral Development (MCDDI).

During his career, he had also served as the Minister of Marina Inland Fishing and Civil Service.

Know about his age, wife and family, and net worth from the article below.

As mentioned earlier, Guy Brice Parfait Kolelas’s cause of death is COVID-19. He was infected with the COVID-19 a few days back and was seriously ill because of it. Initially, he thought he had malaria but later it was found out that he was infected with COVID-19.

Brice’s treatment was going on in Brazaville in one of the private hospitals.

Check out this video of him sharing his message.

Talking about Guy Brice Parfait Kolelas’s wife and family, he had been married for a long time and has three children. He hasn’t shared information about his wife.

Guy Brice Parfait Kolelas age was 61 years. He was born on the 6th day of August 1959 and died on the 22nd day of March 2021. Brice was born and raised in Brazzaville, Republic of the Congo.