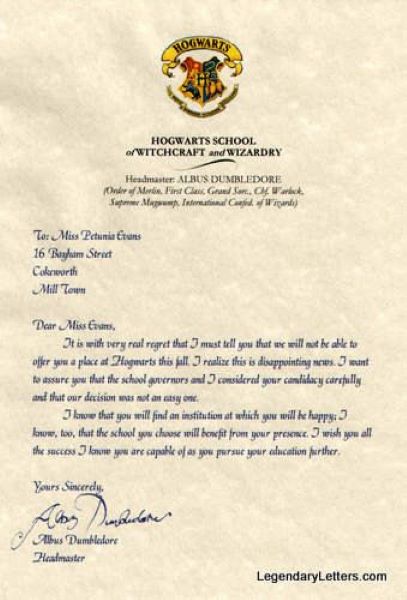 Do you want to know how to get your letter to Hogwarts? People are making videos about Harry Potter TikTok Trend and these videos about Hogwarts Letter are seriously dope.

Even after all these years, the love for Harry Potter hasn’t died amongst people and this harry Potter TikTok trend is another reminder of it. People are showing letters that they received from Hogwarts in this trend.

In the first Harry Potter movie, we saw Harry getting an offer of admission from the Hogwarts School when an owl dropped the letter at his house. After that, he went to school and we all know the rest of the story. As a child, I had seen that and I would be lying if I said I didn’t imagine myself getting a letter from Hogwarts.

This trend is something that reminds us of that time in our life when we first saw this story. Potterheads are absolutely going all in and making this trend a hit.

The wax and envelope in this video look professional and the Harry Potter theme song makes it feel like it’s really a letter from Hogwarts.

How To Get Your Letter To Hogwarts?

There’s no other way but to use an owl to take your letters to Hogwarts. There isn’t anything like Hogwarts in real life or at least until now, it hasn’t been discovered. In the movies, one has to write and send the letter to their owls as every wizard has their own owl.

Even after this long, people love the Harry Potter movies and want to be a part of something like Hogwarts. Even though it’s just for a TikTok trend, some people are making these videos professionally. Take a look at this video for once…

The owl actually gives the letter to this girl which is so cool. Draco in a mirror selfie really is a dream come true. If you want to live a life like this, get an owl, write a letter and send it to Hogwarts. Even if there’s no Hogwarts school in real life, you will get a lot of views on TikTok.

Harry Potter has given so much to a generation of readers and will continue to do so. It is one of the most wonderful stories to have ever been written. So, it’s a surprise when I say Harry Potter related videos have been a hit on TikTok.

In the past, there were sorting Hat videos that got really famous on TikTok. In general, people are making edits of Harry Potter and other characters and uploading them on TikTok.

when will you get ur letter! 🤪 ##fyp ##hogwarts ##hogwartsletter ##WeWinTogether ##foryoupage

Lately, it’s the Hogwarts letter trend people are getting behind on.  A huge reason for that is definitely the Halloween season. Hogwarts is a really scary place as well. People might have been seeing the movies again in this spooky season and this trend got famous as a result of that.

Someone on TikTok even was trying to manifest their viewers getting the letter from Hogwarts. They said if viewers follow the account, they will receive Hogwart’s letter. There’s no truth to this story but still, it’s a fun trend to hop on.

There are about 15 million views on videos that have used the hashtag “#hogwartsletter” on TikTok. That seriously gives one idea of how popular this trend is.

It’s not actually possible that Hogwarts really exists and these people are actually getting letters. Having said that it’s a fun trend and I would not mind seeing more of it.

Especially, if the videos are creative, I am a big Potterhead myself and would love to see more of Harry Potter themed videos on TikTok.