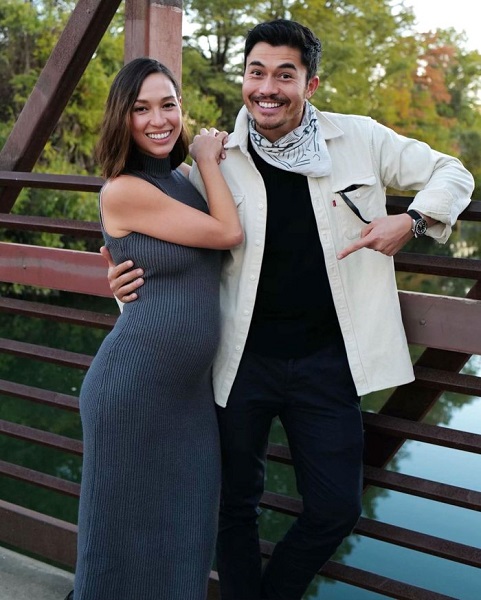 While many of you are aware that Liv Lo is the better half to Crazy Rich Asians star Henry Golding, only a few of you know why Liv Lo appears immensely endearing to fans.

Liv Lo Golding is a former model who turned into a TV personality. Most importantly, she is a fitness star and fitness enthusiast. Also, she is an artist at Fly Entertainment.

In addition to that, Liv Lo is also widely known being a celebrity spouse of an eminent multi-faceted star, Henry Golding. They are considered as one of Singapore’s most adorable and popular couples like modern-day Prince Charming and Cinderella.

In fact, Liv Lo was born on 21st May 1985 in Taichung, Taiwan holding Taiwanese nationality.

Liv Lo and Henry welcomed their first baby together

As seen on Henry’s Instagram post, Henry has written about his wife Liv as “Your strength brought us our greatest joy.”

But, the couple is yet to reveal the baby’s name as well as sex. However, we’ll update once it’s available.

The Instagram handle of Liv is under the username @livlogolding, which has 237k followers and 892 posts.

Besides that, We can also see Liv Lo on Twitter.

Moreover, Liv is of mixed ethnicity, being a mother of Taiwanese heritage and father of Italian origin.