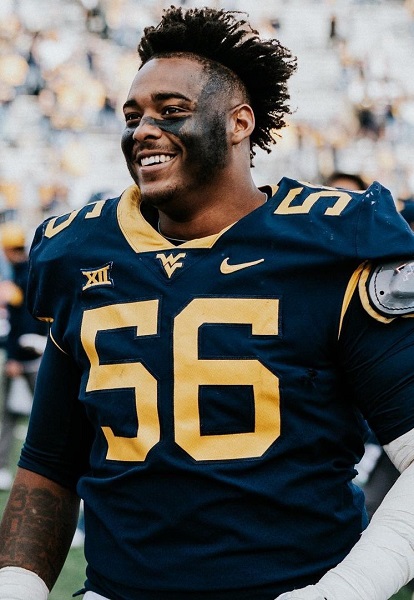 American footballer Darius Stills is currently playing as the West Virginia Mountaineers’ football defensive tackle. His football career was boosted when he started playing for his high school team.

Now, he is playing for the college team West Virginia Mountaineers. He joined the team in 2017, and he was even selected as the Big 12 Preseason Defensive Player of the Year.