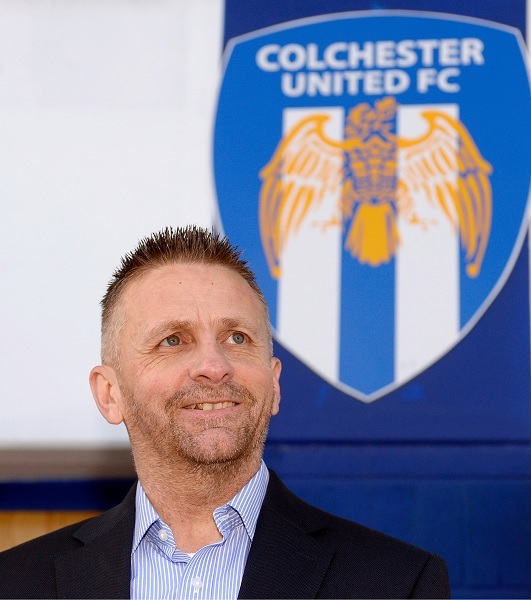 Robbie Cowling is a millionaire owner of Colchester United. Check out his net worth and earnings reading this article.

Robbie Cowling is a businessman. He is the multi-millionaire owner of the English Football Club, Colchester United. Furthermore, He is the co-founder and managing director of Jobserve.

Recently, Robbie Cowling has been on the news with his fight against one of his ex-employee.

Robbie claims that he had been attacked by Mark Harris. The confrontation was made in the year 2017 when Mark Harris worked for the club’s ‘Football in the Community’ charitable arm.

Get to know the millionaire by reading this post until the end.

Back in the year 2008, Robbie Cowling was the 759th richest person in the UK along with his wife.

#ColU chairman Robbie Cowling has given his thoughts as the new season gets underway: https://t.co/FWWU6WOrtc pic.twitter.com/t6SpCtK5h1

According to Great British Life, he ranks as the 49th richest person in Essex as of 2020 report.

Robbie Cowling’s age is 60 years old as of March 2021. He celebrates his birthday on the 19th of December.

How Much Does JobServe CEO Make?

JobServe Ltd is one of the leading job finding portals around the world.

It is said that Cowling has made an estimated £35 million himself from the Jobserve recruitment service he founded in the year 1993.

Therefore, Robbie Cowling’s annual salary from JobServe is expected to be in the millions.

However, his actual salary information as a CEO has not been mentioned.

Robbie and Cheryl have three children. Cowling, similar to most football club owners, is not keen on the limelight.

He insists on keeping his life private; therefore, his family information is not known.

Lastly, Robbie Cowling is available over the Twitter platform under the username “@cowling_robbie.”It seems he has not been active since 2017.