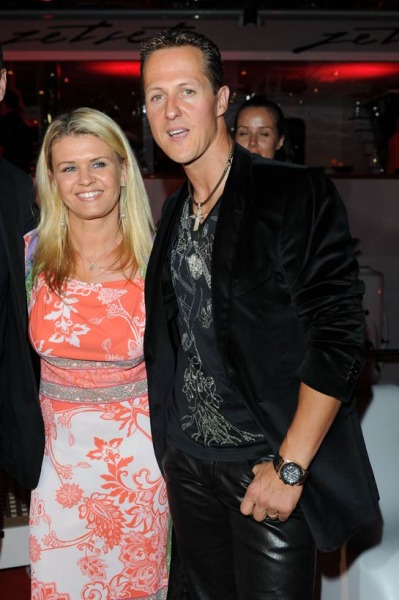 Michael Schumacher’s wife Corinna Schumacher is a keen horsewoman. Let us learn more about the former F1 racer’s wife’s age, their children, and net worth.

Corinna Schumacher is a skilled horsewoman. Corinna won the European Championship in horse riding back in 2010. Michael and Corinna have been married for around 26 years.

Corinna and Michael are in a long-term married life. She married the several times F1 champion in August 1995 in Germany.

Her husband, Michael Schumacher, is a former racing driver from Germany. He has competed in Formula One for Jordan, Benetton, Ferrari, and Mercedes.

Schumacher was an excellent car racer. He got inducted into the FIA Hall of Fame and Germany’s Sports Hall of Fame in December 2017. Michael has also been honored with the FIA President Award.

Previously she was in a relationship with Heinz Harald Frentzen. Now, she is happily married to Michael and has also had kids together.

In December 2013, her husband suffered a life-changing injury in a skiing accident. During the accident, Michael was with his son Mick. He had a head injury which got him in a medically induced coma.

The doctor said that his safety gear had prevented the injury from being even worse. Michael was soon taken to a hospital for treatment.

She also sold off her husband’s €30million private jet and their holiday home in Norway in 2015.

Their kids are Gina-Maria Schumacher and Mick Schumacher, who were born in 1997 and 1999, respectively.

Mick is trying hard to excel in a motorsport career and is driving for Haas this year. But he has struggled in his debut season of F1 racing. Mick had an astounding performance at the Azerbaijan GP.

Corinna and Michael, former sportspeople, have not revealed their net worth.

Corinna and Michael own horse ranches in Texas, United States, and Switzerland. The CS Ranch, located in Gordonville, Texas, deals with the reining industry and focuses mainly on training and showing.