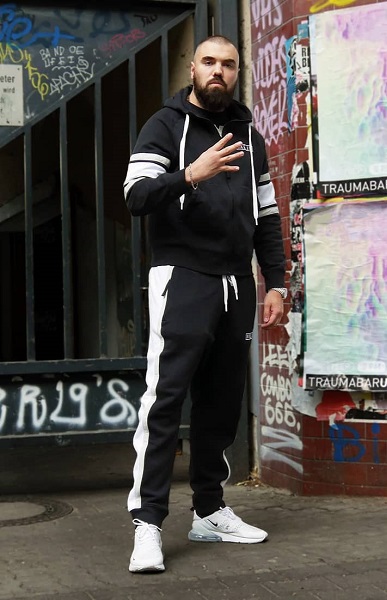 Sa4 is a popular German rapper from Hamburg. He released a mixtape, Undercover in 2009.  Sa4 is a member of 187 Strassenbande, which is German urban music and hip hop group that consists of rappers. He has been part of all four samplers of the 187 Strassenbande. He released the Nebensache EP in 2016, which was made accessible in 2017 for downloads.

Sa4 released his debut album Neue Deutsche Quelle, on November 10, 2017. The album which was his solo debut made it to the 3rd spot on the German Albums Chart. His music style is usually street rap and gangsta rap.  Sa4 mostly presents about the crimes and wrongdoings on the street of Hamburg through his music and songs.

10 Facts You Should Know About Rapper Sa4