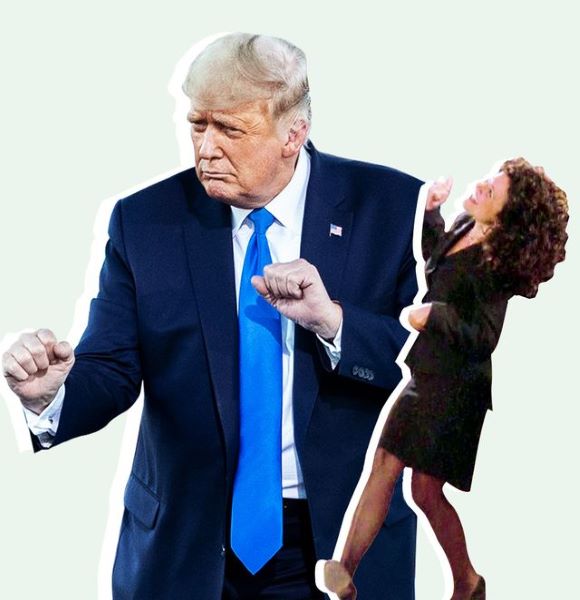 President Donald Trump has inspired a Tiktpk dance trend and it’s not the first time he has become a meme material. Trump has been holding rallies these days after he got cured of the coronavirus and he is dancing in these rallies to show that he is healthy and fit to win an election again.

Users quickly took his dancing video and started dueting with it. Most of the TikTok creators are trying to imitate him and just show how ridiculous his moves are. Even though it’s a bit funny, I have to say he’s got some moves.

he has been dancing to the “YMCA” song in Florida and other rallies he has conducted. If this is the path he chooses, that’ his choice but some people are definitely not so thrilled with dance. The reason why some people are not a fan of this dance is that they expect a president to condemn white supremacist not encourage them as he dances to YMCA.

Donald Trump’s TikTok dance is his new tactic and a political weapon and that’s a fact. How can a dance be political? Well, he was diagnosed with coronavirus and it was the ultimate irony because he had downplayed the virus for months.

He was admitted to the hospital and then discharged from there. Immediately, he had to show the American public that coronavirus was in fact not so dangerous. So, he went out to rallies and started dancing. He even made a speech saying his son got a coronavirus but it was all over in seconds.

It might seem like an innocent dance but it also has a political purpose- to downplay the virus and still say it’s not as dangerous as you think. Immediately people took that dancing clip and started to feature in their TikTok video.

TikTok trends are always happening. Every day there are 10 new trends. Having said that, some trends are bigger and funnier. This is fairly a new trend but is growing a lot.

Users are using hashtags such as “#trumpdance” “#trump2020” and filming a duet with the president. Some people have embedded a supportive caption to Trump wishing he gets reelected again in 2020. However, some people have sarcastic and scathing comments as they dance with him.

There area total of 9.5 million views in videos that have used the hashtag “#trumpdance” on TikTok. Most people are making fun of him but there is a group of people who are supporting his election and using this movement to try and make him more popular.

A whole back, Trump was banning TikTok and now they have come up with a trend to mock his dancing. I guess Tiktok creators got their revenge. How will this impact election? Well, maybe it will not impact the election that much but we will have to see that in a while.

How To Do Donald Trump Dance In TikTok?

It might look very easy but Donald Trump dance is not that easy to pick up. These creators said so in their TikTok video that it took them very long to nail this dance.

If you want to dance like Trump, just follow these steps and I think you will be alright.