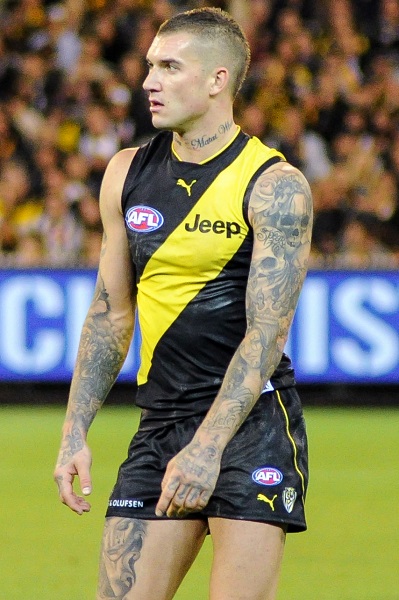 AFL footballer Dusty Martin has been spotted having dinner with model Jessica Gomes. As per sources both of them have been seen on dinner dates with each other.

Martin has been seen having dinner with Australian Model Jessica Gomes.

As per sources the pair have been meeting and going for dinner in Melbourn.

Both Dusty and Jessica have not revealed anything about their dating life.

The rumored pair has not said anything about their dating.

Jessica told she doesn’t like to talk about her private life when she was asked about these rumors.

They were said to have a lot of dinner dates this year but we still don’t know when and where.

Ralph Carr the manager of Dusty Martin didn’t comment anything about these rumors.

Jessica is a model who appeared in the American Sports magazine Sports Illustrated from 2008 to 2015.

Dusty Martin is single or not is still not confirmed.

He was dating Tania Acitelli who is a food blogger and physiotherapist from Sydney.

The pair started to date in December 2018 and were together till half of 2019.

There were also rumors about Dusty dating Chontelle Berryman who is a former star of Beauty And The Geek.

Both have denied these rumors of their dating.

Dusty Martin is not married, he is still a bachelor.