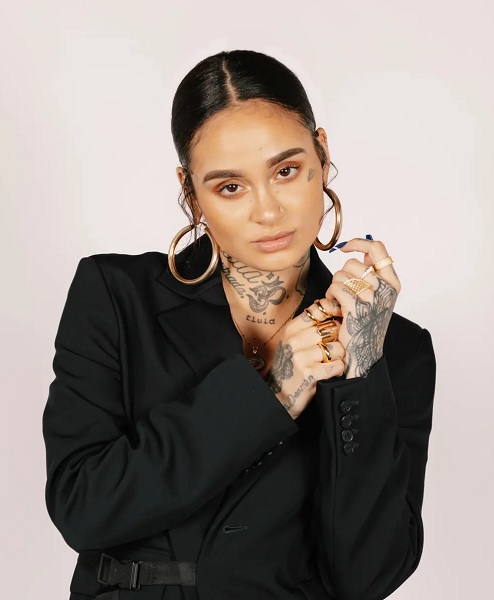 Is Kehlani gay or lesbian? Her sexuality is a million-dollar question. She recently took it to Tiktok to announce that she’s gay.

Kehlani (Kehlani Ashley Parrish) is an American singer, songwriter, and dancer. She released her first commercial mixtape, Cloud 19, in 2014.

Moreover, she is also a Grammy Awards nominee for Best Urban Contemporary Album.

Long identified as queer and bisexual, Kehlani proclaimed herself a lesbian via a TikTok post on April 22.

The Oakland-born artist in her video said that she’s gay repeatedly. She told her fans that she’s now realized that she’s a lesbian.

Kehlani officially comes out as a lesbian in new TikTok. 🏳️‍🌈 pic.twitter.com/P1R8KJK34c

Furthermore, as a member and advocate of the LGBTQ community, Kehlani goes by she/they pronouns.

Contradicting, Kehlani, in one of her live videos in 2018, said that she’s not lesbian. She was probably unaware of her sexuality back then.

Fans Reactions On Her Announcement

The news did not come out as much of a surprise to fans and her family.

The artist said that her family gave a similar reaction as they already knew it but were waiting for her to come out independently.

Eagled-eyed fans had already noticed Kehlani dropping the news earlier this month via Jamie’s Instagram live video where she confessed that she was a lesbian.

Ever since then, her fans were desperately waiting for her to come out officially.

Nonetheless, she reports that everybody is okay with her sexuality and equally supportive of her LGBTQ journey.

Kehlani was in a relationship with Javaughn Young-White. Young is the singer’s guitarist and has an impressive career.

The couple even has a two-year-old daughter named Adeya.

However, it’s unclear if the pair were officially dating.

Besides this, we have no information regarding her past affairs.