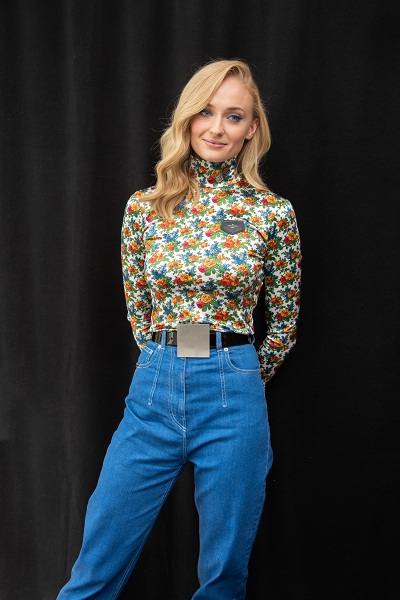 Is Sophie Turner Really Bisexual? Sexuality rumors surface on the internet amid her recent pregnancy and childbirth.

Turner is an English actress. She is widely recognized for the portrayal of roles as Sansa Stark on Games of Thrones, Phoenix in the X-Men film series.

Turner has garnered media attention when she took her Instagram to post a story celebrating the LGBTQ!+ community.

Well, she confronted on her Instagram story where she wrote: “It’s muthaf*ckin #Pride Month babaaaayyyyy” with a whole bunch of GIFs and Stickers of Pride-theme.

In addition to that, Turner also included a text GIF that says “time isn’t straight and neither am I,” which convinces us that she is a bisexual.

On the occasion of Pride month, Turner is possibly coming out of the closet publicly. But, her gay partner is yet to get known.

With this story, The Game of Thrones and X-Men alum is causing the stir all over social media.

Most interestingly, this isn’t her first time to get opened up about her sexuality.

Moreover, when Turner was asked about the girl she’s met in her life, she replied “Everyone experiments. It’s part of growing up. I love a soul, not a gender.”, Which also proves her a bisexual.

Is She Pregnant With Joe Jonas Baby?

Sophie Turner was pregnant with Joe Jonas Baby. They welcomed their daughter in July 2020. However, Turner is not pregnant again.

Turner and Jonas started dating way back in 2016. The couple got engaged in October 2017.

Following her wedding, the couple decided to held their second wedding in Paris, France on 29th June 2019.

Everything About Pregnancy: Son or Daughter?

Sophie Turner and Jonas have a daughter named Willa.

The pair officially became parents after Turner welcomed their daughter at a hospital in Los Angeles in July 2020.

Though the couple never confirmed the duration of Turner’s pregnancy, they were over the moon about their new bundle of joy.