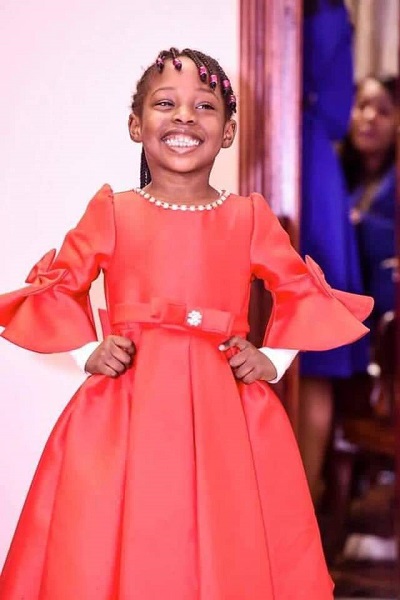 Israella Bushiri passed away at the age of 8 years due to severe sickness. Stay with the article to find out more about Israella and her sickness.

Israella Bushiri was the daughter of self-proclaimed Prophet Shepherd Bushiri. Shepherd revealed the news to the world that his beloved daughter had passed away.

Shepherd Bushiri called his daughter a strong young girl who worshiped God even at such young age. Many people have poured their condolences into the death of Israella Bushiri.

Israella Bushiri died on March 29, 2021, due to a server illness. The doctors revealed that she may have survived if Israella was not blocked at the airport while traveling for medical assistance to Kenya.

#IsraellaBushiri Self-proclaimed Prophet Shepherd Bushiri has on Monday announced the passing on of his and wife Mary’s first-born child, Israella Bushiri. pic.twitter.com/6AnYHQMJ0g

Israella’s parents, family, and siblings chose to celebrate her life instead of mourning her death, Times Live.

Earlier in March, it was announced that Bushiri had been in the hospital for weeks and the health condition has worsened. Israella was transferred to the ICU soon after.

On March 18, Shepherd disclosed that the lung infection was getting serious. Israella was in the ICU for the past two weeks.

[JUST IN] @etvNewsSA The Malawian government confirms that it has granted Shepherd Bushiri’s daughter permission to travel to Kenya for medical attention.@eNCA #Bushiri pic.twitter.com/3EN8xSjtfk

The government of Malawi announced that Israella needed a bone marrow donation because of the sickness. The government granted her permission to travel from the country to Kenya for medical attention.

Israella Bushiri was the firstborn child of Shepherd Bushiri.

Israella’s father, Shepherd, and her mother, Mary, were facing several charges of fraud, theft, money laundering, and corruption in South Africa. As soon as they received bail, they left for Malawi. The hearing of Shepherd’s case is next month, reports eNCA.

The government issued a no-objection statement for Israella’s medical treatment abroad. It included three adults that could travel with Israella Bushiri.