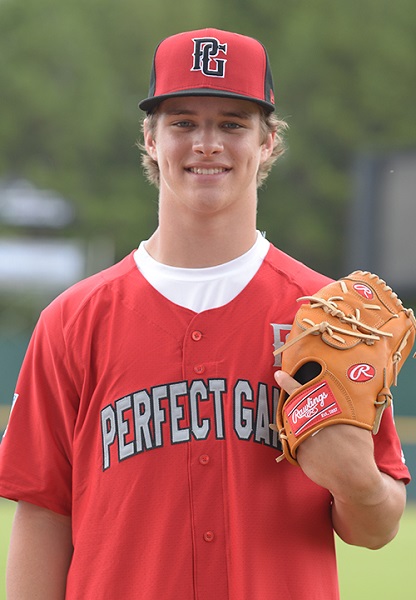 Jackson Jobe inherits athleticism from his parents, especially dad Brandt Jobe. What about his age and height?

During the 2021 MLB draft, the name Jackson Jobe was announced straight in the first round. The high school graduate was picked by  Detroit Tigers as the overall third.

He will be now playing as a pitcher for the team in the upcoming season.

His family is arguably the biggest supporter of his career. In fact, the player credits his father as his first coach and life teacher.

Jackson Jobe’s dad, Brandt Joe, is a professional golfer. He currently plays for the PGA Champions Tour and has also participated in PGA Tour and Nationwide Tour.

This explains Jackson’s athleticism and love for the sport. Recently, Jobe has even started to join his dad on the golf course.

However, Jackson Jobe remains private about his girlfriend. There are no reports on his dating life to date.

How Old Is Jackson Jobe?

He is just a few days ahead of his 19th birthday on July 30. Similarly, Jobe grew up in the Oklahoma City of Oklahoma.

Jackson attended the Heritage Hall School, where is played both baseball and football. He even led his team to a Football state title in Oklahoma.

During his Junior year in high school, Jobe added extra 20 pounds to his body mass. During the same year, he even made the decision to focus solely on baseball rather than football.

With Jackson Jobe’s 6 feet and 2 inches in height, he is regarded best slider in the draft.

Apparently, the right-hander can top the speed of 99 mph in fastball. In 2021, Jackson Jobe impressed everyone with his stats of 0.14 ERA in 10-1 with 122 strikeouts. Likewise, he averaged at .469 with six home runs as a batter.

Consequently, he became the Oklahoma Gatorade Player of the Year.

So, when the draft came knocking, Jackson Jobe was singed by Detroit Tigers MLB Draft 2021.

It is reported that Jackson Jobe can add a $7. 2 million USD in net worth after signing contracts with the Tigers. This was the maximum suggest signing bonus for him.