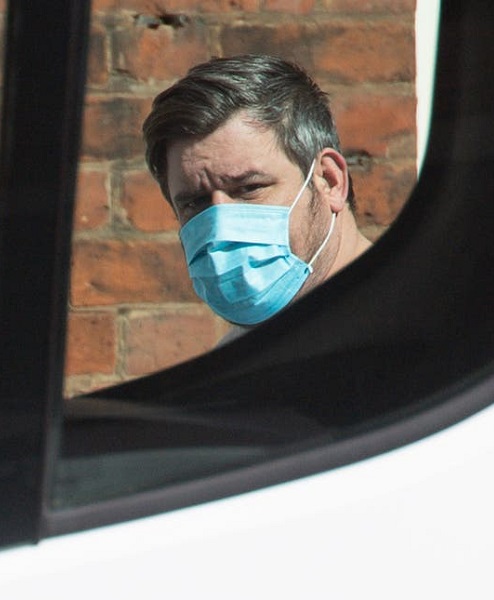 James Paul Davis from Wallshal was arrested on Easter Sunday after being accused of causing the death of a 2-week-old baby by reckless driving. His photo was revealed when he attended the court on April 7.

The tragic accident shook the public as the crash scene is flooded with flowers and toys.

The first photo of James was released on April 7 as he entered Wolverhampton Crown Court.

He was captured wearing a mask, grey T-shirt, and jogging bottoms.

The accused was flanked by two dock officers. He kept his arms folded throughout the 20-minute hearing.

James Paul Davis, 34, was remanded in custody after appearing in court today accused of killing a two-week-old baby in a crash in Brownhills.https://t.co/uvUPhnan0w pic.twitter.com/jnTRB1h4Wc

James is facing 4 charges after the Brownhills accident.

He is facing a charge of murder of a baby as he crushed the baby’s pram by his car while the baby was being pushed on the pavement by his parents for his first easter walk.

#CHARGED | A man has been charged in connection with a crash that killed a two-week-old baby boy in Brownhills yesterday afternoon (4 April).

The 34-year-old Croxtalls Avenue resident is also facing the charges of driving while uninsured, failing to report the collision, and failing to stop at the accident scene.

The accused was allegedly driving BMW.

District Judge David Murray remanded Davis to be taken into custody. His second hearing will be held on May 4.

Davis prefers to keep his wife away from the public.

James Paul Davis attorney has not revealed any information on his family and wife.

He appeared on the Wolverhampton Crown Court only to confirm his name and date of birth on Tuesday.

It is not known what James does for a living. His net worth has not been evaluated yet.