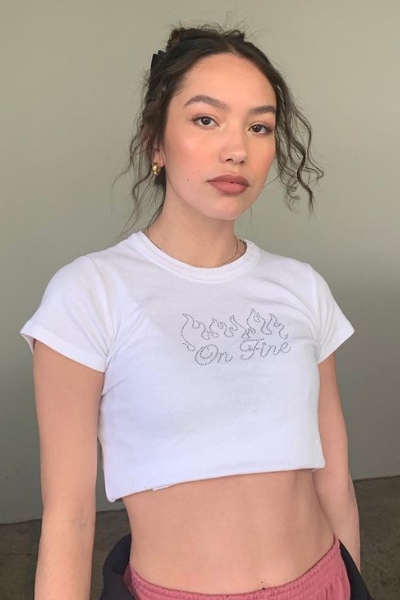 Jasmine Vega is a model-turned-actress who became known to the world by acting in Chilling Adventures of Sabrina. In Netflix’s series, she performed the role of Lizzie. In addition to that, she has also made her acting credits in Legends of Tomorrow and Nancy Drew.

Vega rose to fame when she participated in the 2014 Miss World Canada. While doing modeling, she also did a brand endorsement for Charcoal and Dolls Kill. Later, she turned her modeling career to acting.