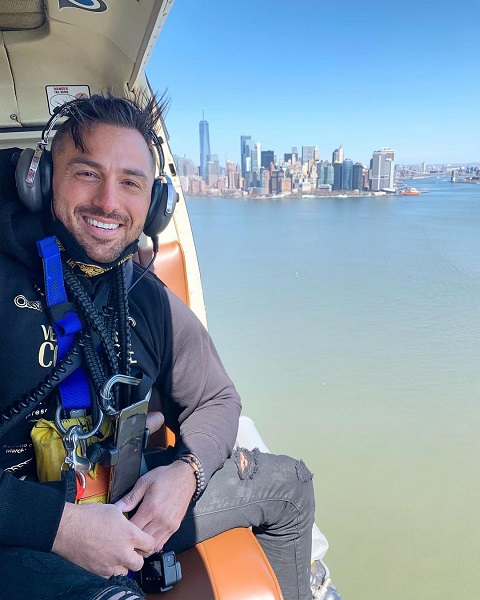 Who Is Joseph Ambrosole? He is Jen Harley boyfriend. Find him on Instagram and know his job and net worth.

Joseph has been dating Jen Harley. Jen is an American businesswoman who appeared in an episode of Jersey Shore.

Who is Joseph Ambrosole? His Wiki

It is not clear when the two started dating each other. They were seen with each other frequently in different places.

Joseph and Jen reportedly engaged in a violent altercation on Monday. In fact, Harley allegedly threatened Joseph to shoot him to death using some n-words.

To point out, Joseph and Jen were at Crazy Horse 3, an adult entertainment club in Las Vegas. Many sources report they were involved in a row inside the bar, which even caused security to urge them to leave.

Joseph said his girlfriend pointed a gun at him when they reached home from the club. Besides, she allegedly threw his phone on the way. However, he succeeded in fleeing from the spot and seek help from the police.

The police arrested Harley and took her to the Clark County Detention Center. Jen Harley’s mug shots were released there. Besides, she reportedly bailed out with a bond worth $5000.

Jen Harley’s boyfriend was able to escape when she pointed a gun at him.

However, Harley told the police Joseph was not her boyfriend. Also, she added nothing had happened between the two.

But the police have found evidence that favors her boyfriend, Joesph. In addition, Joseph has a picture of him with Jen on his Instagram,

Ronnie Ortiz was Jen Harley’s boyfriend in 2017. They had revealed their relationship with a photo on their social media.

The man calls himself a travel enthusiast on his Instagram bio. Also, he has earned over 23.3 thousand followers on the platform.

Ambrosole is quite active on Instagram. He has 1758 posts there as of now.

His Job and Net Worth

Joseph Ambrosole has a job as a certified chef.

Besides, he is an entrepreneur and has worked in finance too. As a travel enthusiast, he claims to have visited 57 countries.

Joseph’s net worth is a mystery for now.