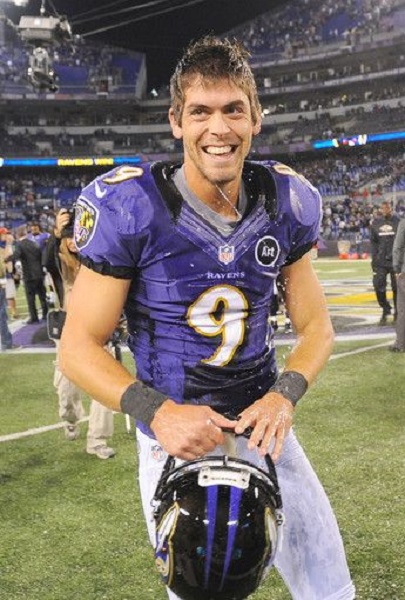 Justin Tucker is a popular and active professional placekicker for the Baltimore Ravens of the National Football League (NFL). He used to play football for the University of Texas. In 2012, Justin was signed by the Ravens as an undrafted agent. Talking about his early life, Tucker played for the U.S. Army All American Bowl in 2008. In 2018, Tucker won a game against Denver Broncos by scoring two 50+ yard field goals and three extra points.

According to the report from sportsyahoo.com, Justin surprised everyone in the field on Tuesday. He’s scored a 36-yard field goal against the Dallas Cowboys. Surely, he is a pro-player in the gaming world and was named second-team All-Pro for the 2017 season.