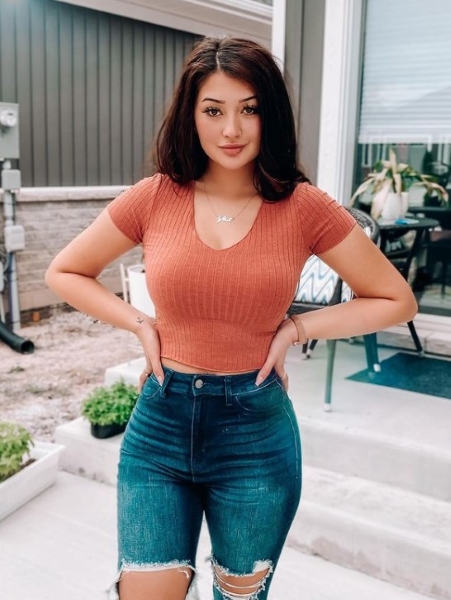 Karlee Steel and Josh Bisschops breakup news has left their fans in shock. Did Karlee cheat? Know everything here.

Miss Steel is an accomplished YouTube star based in the United States. She has a YouTube channel under the name @Karlee Steel.

She is also the brand ambassador of a clothing store named Fashion Nova.

As of now, she is in the highlights following her break-up with her boyfriend.

The news was delivered by Karlee herself via the couple’s combined YouTube channel.

In the 24 min long video, she stated that their 2-year old relationship was one of the beautiful and important things in her life. So, she said it demanded a proper closure.

She said that Josh is an amazing guy. However, there have been few things that they could not agree on.

The main problem began due to the financial crisis as Josh didn’t have a full-time job and was pursuing his dreams of music.

Karlee claimed she supported Josh and his daughter while pursuing his dreams, but things were not right, and they argued a lot.

Lack of communication was the main loophole in their relationship, according to Karlee.

Karlee revealed everything about her recent break-up video with a heavy heart.

No, Karlee Steel was not cheating on Josh.

Though there had been rumors circulating about Kylee cheating, she denied it all on the break-up video.

It took you about 30 minutes to follow and message the girls you talked shit about after two years….. but yet I’m the cheater. Seems like u wanted a way out.

Furthermore, she cleared out the misunderstanding saying; she had distanced herself from Josh to avoid arguments.

She claimed that she would be taking a break from social media to deal with her breakup.

Karlee is not having a new boyfriend anytime soon. And some of her fans are also looking forward to their patch-up.

As per Famous Birthdays, she was born in 1998 and her birthday is celebrated on 25th September every year.

Karlee is available on Instagram under the handle @karleesteel.

She joined the platform on 2916 and has amassed 376k followers on her handle since then.

Similarly, most of her posts featured her single photos and also the photos with her ex-boyfriend Josh.