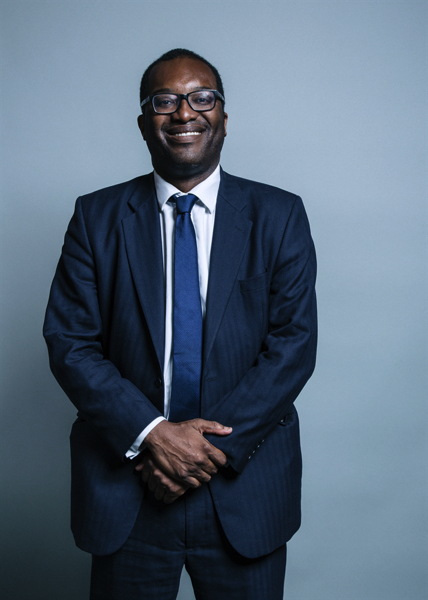 Kwasi Kwarteng wife is the city solicitor Harriet Edwards. The couple tied the knot in December 2019.

Who is Kwasi Kwarteng?

Kwasi was born in Waltham Forest in 1975.  Kwasi’s mother was a barrister, and his father worked for the Commonwealth Secretariat as an Economist.

Fantastic 6 months on the job as Business Secretary

In the last week alone…

Kwarteng worked as a journalist for The Daily Telegraph and as a financial analyst at JPMorgan Chase. He worked in various investment banks and financial institutions before becoming a member of parliament.

He is a writer too. He wrote Ghosts of Empire which is a book about the British Empire’s history. It was published by Bloomsbury in the year 2011. Kwasi Kwarteng is a British politician. He has been currently appointed as Secretary State For Business.

Kwasi And His Wife Harriet Edwards

Kwasi Kwarteng’s age is 45 years old. But his wife’s age is not known to the public. It is assumed that she is in her early or mid-30s.

There is no information about Harriet’s family. But Kwasi Kwarteng’s family, his parents migrated from Ghana to the United Kingdom in 1960 as students.

Kwasi is the head of the Energy and Industrial Strategy. He has been a member of the Parliament since 2010.

Kwarteng has worked at the Department for Exiting the European Union as the Under-Secretary of State. He got his promotion as the Minister of State for Business in the year 2019.

Harriet’s husband Kwarteng started his career as a columnist at The Daily Telegraph. Kwasi also worked as a financial analyst before he joined the parliament. He is associated with Conservative Party.

The exact net worth of Harriet is not available on the internet. Harriet’s income source is as the solicitor. The primary source of his income is not other than as a Secretary of State for Business, Energy, and Industrial Strategy.

The Act strengthens Government powers to investigate + intervene in mergers, acquisitions and other deals that could threat the UK’s national security

More on the new rules 👇🏿https://t.co/4YMwCQIKnx