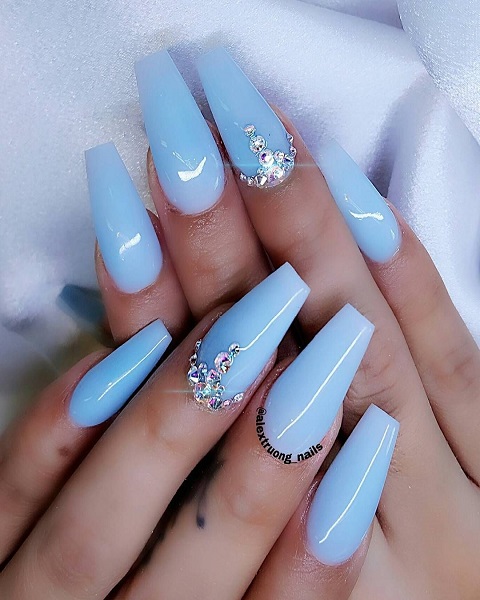 In case you don’t run through the TikTok feed frequently, we’re keeping you update that there’s a trend of Light Blue Nails taking over it.

It’s no surprise, TikTokers are quite creative when it comes to make something trending. This Tie, TikTok users have come up with a strange theory about Light blue nails – what does that actually mean?

Light Blue Nails meaning on TikTok is getting frenzy.

If you’re a fan of blue nails, we promise you that you’re never going to look light blue nail polish the same way ever again.

If you get nails painted light blue color, it signifies you have a boyfriend. It’s a trending way on TikTok that you’re officially taken by your love and no longer available.

It’s becoming a new way of announcing a relationship.

Most interestingly, to announce she had a boyfriend @hannahheraso didn’t have to say anything, she just flaunted her new light blue nail paint.

In turn, “Why did I Instantly understand this?” someone commented.

Well, this trend is definitely not an eye-opener. There are several trends taking over TikTok.

But, over the past few weeks, Light Blue Nails trend is taking over TikTok like a wildfire.

Apparently, people across TikTok are cross-questioning their partners in a simple way, very innocent question of “What color should I get my nails done?” and strangely, their answer is always “light blue”.

Trying Out The Challenge

Every TikTok user can try out the challenge.

Like other TikTok users claiming that the boyfriend told them to get light blue nails. You might also be skeptical and try the new Light Blue Nail trend with your partner.