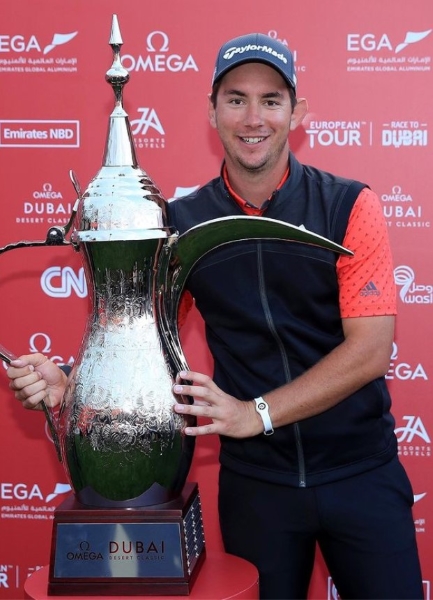 Lucas Herbert-Caddy: Who is the golf player’s caddy. Make haste and read until the end to gain some insights about him.

Australia’s national treasure, Lucas Herbert, is a professional golf player. The player was passionate about golf from a young age. He began his amateur career in 2013. In 2014, he even represented Australia at  Eisenhower Trophy, where his team held 6th position with a tie. However, Lucas began playing golf professionally in late 2015. Since then, he mostly played on the PGA Tour of Australiasia until 2018. However, from 2018, he is seen playing golf on the European Tour.

Lucas Herbert plays golf along with his caddy Craig Conelly.

According to the source, Lucas coupled up with Mr. Conelly at the Alfred Dunhill Championship. Prior to Craig, Dom Azzopardi was Lucas’s caddy, whereas Craig was serving as a caddy to Martin Kaymer.

After winning the Omega Dubai Desert Classic 2020 at the Emirates Golf Club in Dubai, Lucas Herbert was seen celebrating with his caddie, Craig. Lucas claimed that having Craig by his side has helped him in a lot of ways.

Some Facts About Lucas Herbert