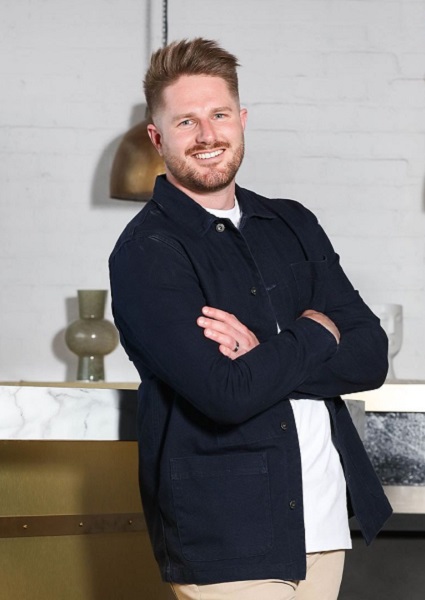 Bryce Ruthven had a secret girlfriend before his final vows with his current wife.

Bryce Ruthven is a professional radio announcer who is super-confident when he talks to anyone. He is an opinionated and outspoken personality who is never shy to speak what he has in his mind.

According to News Australia, he made the headlines after his footage arguing with a bouncer was leaked online. He, along with his wife, was attacked by a group of strangers. This even resulted in his sister and another woman being injured.

Who Is Bryce Ruthven Girlfriend Courtney?

Bryce Ruthven was in deep love with his former girlfriend Courtney.

And then, he got married to Melissa Rawson.

According to Daily Mail, a friend of Courtney revealed that they were still dating until the day before Bryce’s marriage. Recently, he admitted the rumor but was happy that he was getting publicity for that.

Currently, Bryce is 32 years of age and is happy to be with his new partner, Melissa. When he was asked about their relationship, he clearly told the reporters that they had joined the show to find love rather than falling on in any sort of drama.

Bryce Ruthven is popular for being one of the contestants of MAFS (Married At First Sight).

After meeting Melissa Rawson on his first date, he was quite impressed, and the two matched very quickly. Recently, after exchanging vows, they spent their honeymoon on a farm.

He had joined the show in the hope of settling down and having kids. Well, the new couples are probably thinking about children lately. However, his late split with Courtney might hamper his relationship in the future.

Under the username of @bryceruthven, he has earned approximately 53.7 thousand followers already. You can find tons of the couples’ pictures on their respective profiles.