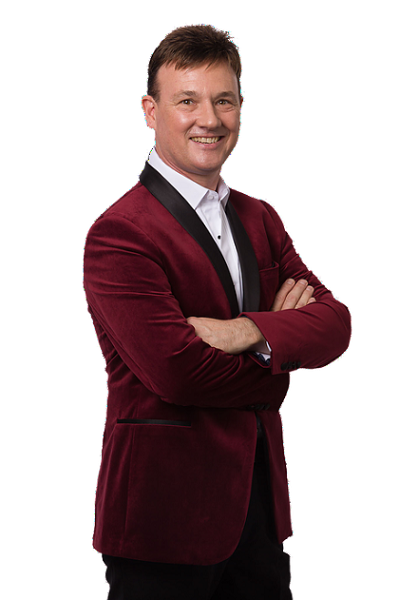 Mark Wilson is an Australian professional dancer who is best known for judging the reality TV show Dancing with the Stars on the Seven Network.

After taking a break for a couple of years, Mark has returned to the show as a judge with former original judges Todd McKenney, Paul Mercurio, and Helen Richey.

As the season premiered, Mark’s strange hairdo is being the most talked about topic on the show. Here is everything you need to know about the dancer.

Fans baffled by Dancing With The Stars judge Mark Wilson’s hairdo – some wonder if it’s a toupeehttps://t.co/aN0mPCpoC4

He was born in 1962 in Australia. The exact date of his birth is not known.

Mark Wife: Is He Married?

Yes, Mark Wilson is married to his wife Annemarie Wilson.

It is not known what Annemarie does for a living.

The couple has 3 children. Among them, his two sons Christopher Wilson and Michael Wilson, are the partners of Mark Wilson Dance Center and Gold Coast Kids Academy.

Mark currently resides with her partner Annemarie in Melbourne, Australia.

Wilson is a 5 times Australian Dancesport Champion. He has competed in several countries like the UK, Europe, and Japan.

He secured 15th position in the World Dancesport Championship finals on 2 different occasions; in Blackpool Tower in 1989 and again in Tokyo in 1990.

Mark was the winner of the ABC TV show “That’s Dancing” and the contestant of the Australian TV show “It Takes Two.”

He has judged various dance shows, including the Australian Dancesport Championship and Dancing with the Star.

Congratulations Kyly and Gustavo on the first 10 of the competition! 🎉 #DancingAU pic.twitter.com/7Ag6deiQME

The ballroom dancer also coaches the new judges for Dancesport Victoria. He is also the development officer of the organization.

Wilson is the founder and managing director of Mark Wilson Dance Center and Gold Coast Kids Academy. He founded the dance organization in June 1989 to share the passion he has for dancing.

He was also the director of Jamm Dance Center from September 1989 to March 2013.