Marlene Knaus is a Chilean-Austrian former fashion model, photographer and interior designer who is best known as the first wife of late Austrian Formula One driver and aviation entrepreneur, Niki Lauda. She is also the daughter of famous Austrian realist painter Robert Knaus. She was an emerging fashion model when she became acquainted with Lauda, but later left her career to be with her husband. They were married for 15 years and share two sons. Their younger son, Mathias Lauda, is also a race driver. 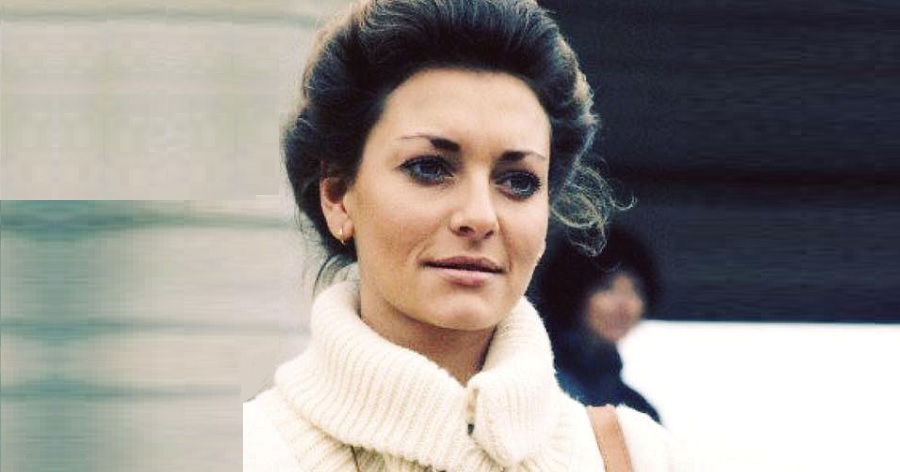 She Is the Daughter of painter Robert Knaus

While various sources on the internet contain contradicting information on Marlene Knaus’ childhood and nationality, according to an article in the 2008 issue of the Spanish Ibiza Style Magazine, she is the daughter of Austrian realist painter Robert Knaus and his Spanish wife Elena. She was born in the city of Valdivia in southern Chile and was raised alongside two sisters, Birgitte and Renata, and a brother, Tilman. The article, which is about an exhibition by her sister, artist Renata Clary, details how her father had married in Spain before moving to Venezuela, and lived in Valdivia, Chile for nearly a decade before returning to Europe in 1963. Marlene attended a German school in the Valdivia, and earned Austrian citizenship after relocating to Europe. Interestingly, the Spanish sports daily Mundo Deportivo had reported in April 1982 that Marlene’s then husband Niki Lauda wanted to go and live in a farm near Valdivia that the family owned. 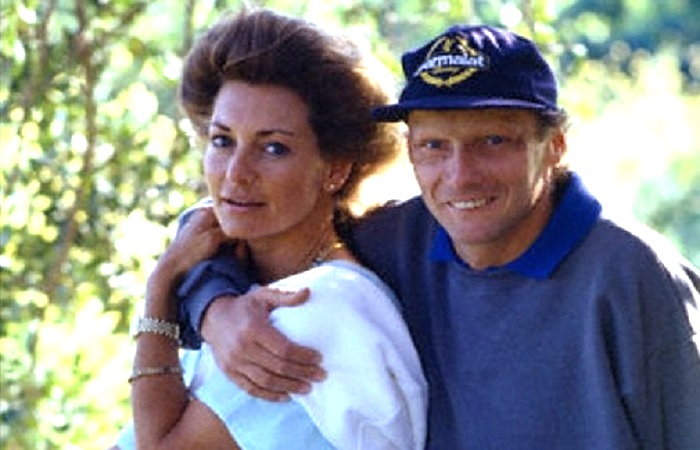 She Was Known for Her Fashion Sense

Despite the fact that Marlene Knaus did not pursue art like her father or sister, her artistic gift became evident as she gained recognition for her impeccable fashion sense. She began her career as a fashion model during her teenage years in Austria and had already earned considerable reputation when she garnered media attention because of her relationship with Niki Lauda. She was known for her signature loose top-knot bun hairstyle, which became widely popular as pictures of her posing for various magazines and photoshoots alongside Lauda were published. While she did not pursue modeling for long, she later worked as a photographer and interior designer and became a socialite.

Both Marlene Knaus and Niki Lauda were in different relationships when they first met in 1975. In fact, Knaus was at the time dating veteran German-Austrian stage and film actor Curd Jürgens, and met Lauda for the first time in 1975 at a dinner party hosted by her then-boyfriend Jürgens at his residence. Lauda was also engaged to his longtime girlfriend, Styrian model Mariella von Reininghaus, but he ended the eight-year-old relationship and began dating Knaus soon after their first meeting. They had a whirlwind affair for a few months before getting married in 1976. They welcomed their first child, son Lukas, in 1979, followed by another son two years later: Mathias Lauda (born on January 30, 1981). 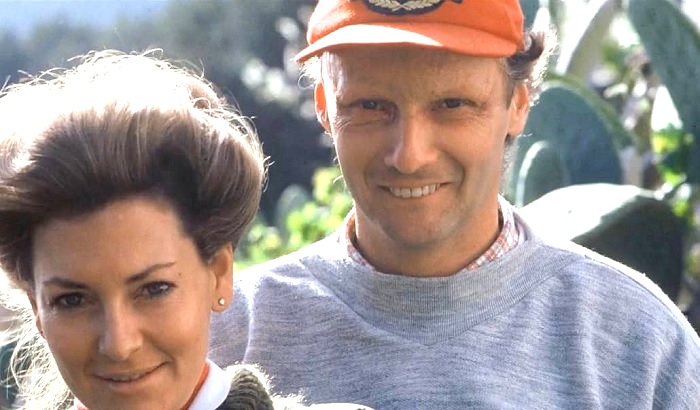 Her Husband Was Unfaithful to Her

During their initial years together, Marlene Knaus and Niki Lauda appeared to be the perfect couple as she gave up her own career to accompany her husband as they travelled across the world for his racing tournaments. She also stood by him while he recovered from the near-fatal accident during the 1976 German Grand Prix at the Nürburgring. Knaus, who reportedly fainted after seeing Lauda’s burnt face following the crash, put up a brave face to give him courage during those testing times: “she just made me feel to be a great man and gave me the will to heal.” Nevertheless, years later, as he divided his attention between racing and managing his newly founded airlines business, he became involved with an unidentified woman who gave birth to his third child, Christoph, in 1982. Lauda never disclosed any information about Christoph’s mother, and considering that he remained married to Knaus for about a decade after he was born, it is fair to assume that Knaus was not immediately aware of her husband’s extramarital affair. However, the iconic couple eventually parted ways in 1991, but neither provided any insight into the reason behind their divorce. While Knaus did not remarry, Lauda married Birgit Wetzinger, who was a flight attendant for his airline Lauda Air, in 2008, after dating for four years. They share twins Max and Mia, born in September 2009. 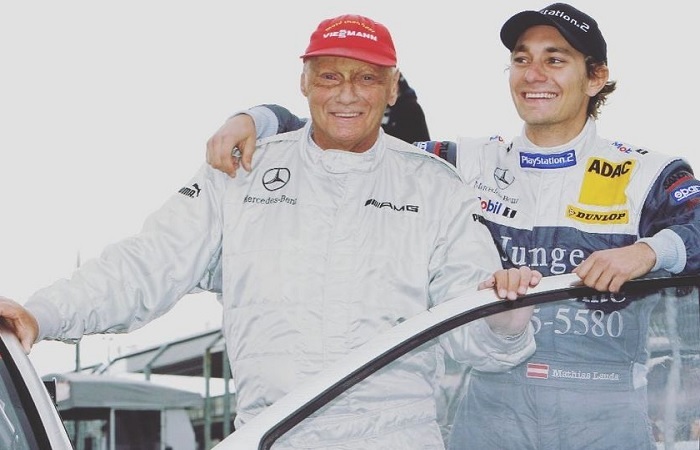 Her Son Is Also a Race Driver

Mathias Lauda, the younger son of Marlene Knaus and Niki Lauda, followed his father into the circuit and became a race car driver. Their older son Lukas also remained connected to motorsport as the manager of his younger brother Mathias. Mathias made his debut in 2002 in Formula Nissan 2000 and went on to represent A1 Team Austria in the 2005-06 A1 Grand Prix season. As he failed to earn any significant achievement in single-seater racing, he shifted his attention towards touring cars during the second half of the decade. Since 2015, he is racing for Aston Martin Racing as a factory driver in the FIA World Endurance Championship. In 2017, he achieved his career-best 1st position for the Endurance Trophy for LMGTE Am Drivers.

The budding love story between Marlene Knaus and Niki Lauda was captured in the 2013 movie Rush, which was focused on the rivalry between Lauda and British race driver James Hunt. In the film, starring Chris Hemsworth as Hunt and Daniel Brühl as Lauda, her character was portrayed by Romanian-German actress Alexandra Maria Lara. The film, in its presumably dramatized depiction, also captures the moment the two first met: while leaving the party of Curd Jürgens, Lauda takes lift in the car of Knaus, who is unaware of who Lauda is. On the way, he surprises her with his knowledge about automobiles and his skills behind the wheel after she ridicules his appearance and his credentials.