Place of Birth:- US

Amy Mickelson is the wife of American professional golfer Phil Mickelson, also known as Lefty, who became the oldest major championship winner in history after winning the 2021 PGA Championship. The couple has been married for over 25 years and shares three adult children together. The pair is known for their strong bond and Amy has been present at most golf events to support her husband throughout his long and successful career spanning three decades. A breast cancer survivor, she often supports various charities related to the disease. She and her husband established the Phil and Amy Mickelson Foundation and are also involved with national foundations like Start Smart and the Mickelson Exxon Mobil Teachers Academy. 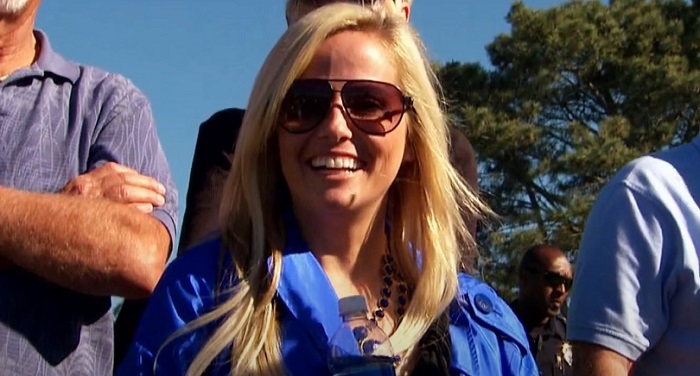 She Thought Phil Worked at a Golf Shop

Amy Mickelson, who was born as Amy McBride in 1972 in the United States, first met Phil in 1992 while both of them were attending Arizona State University. At the time, she was a junior student and he was a senior. While she was a cheerleader on the Phoenix Suns NBA cheerleading squad, he had just become a pro golfer that very year. However, when he told her that, she was not impressed as she thought it meant that he worked at the golf course shop. Nevertheless, the two went on their first date on a tennis court and she subsequently began accompanying him at various pro golf events. He invited her to attend the Bob Hope Celebrity Pro-Am in Palm Springs, California in early 1993. Incidentally, during the event, Phil played a prank on Amy by sending her his hotel room key wrapped around a note via his caddie, but she became mad at him when the key fell on the ground in front of everyone as she opened the note. Phil later wrote, “Luckily, Amy had a great sense of humor and, fortunately, forgave me for the prank”, adding, “It wasn’t long after the tournament that we started getting really close.” 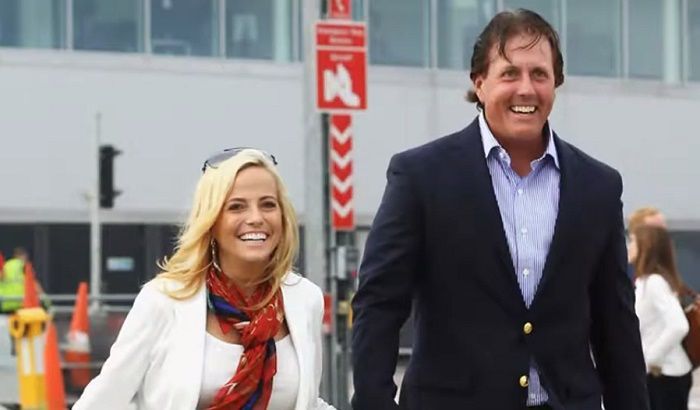 She Hid Going into Labor from Phil

After about four years of dating, Amy and Phil got married on November 16, 1996 in Maui, Hawaii. She gave birth to their first child, daughter Amanda Brynn Mickelson, on June 21, 1999. When she was heavily pregnant, her husband was playing at the 1999 U.S. Open. At the time, Phil was tagged as “the best player without a major” because he had not bagged a major title yet. Phil, who was very close to winning a major, was carrying a pager with him on the field while participating in the final round of the event because he wanted to be beside his wife when she went into labor, even if it meant leaving the tournament. However, Amy decided not to inform Phil when she eventually went into labor. Although Phil lost the tournament by a stroke, he was able to be by Amy’s side when she gave birth to Amanda.

She Had a Difficult Third Pregnancy

Two years after the arrival of their first daughter, Amy and Phil welcomed another daughter, Sophia Isabel Mickelson, on October 23, 2001. Another couple years later, Amy went through a life-threatening experience while delivering her third child and first son, Evan Samuel Mickelson, on March 23, 2003. She was left with a ruptured artery in her uterus because of a complication during the childbirth, while her newborn son was not breathing either. Her husband recounted the harrowing event in his book, One Magical Sunday, stating that he had feared for the life of both his wife and newborn child at one point. Fortunately, the doctors and nurses were able to save both of them, even though they took some time to fully recover. 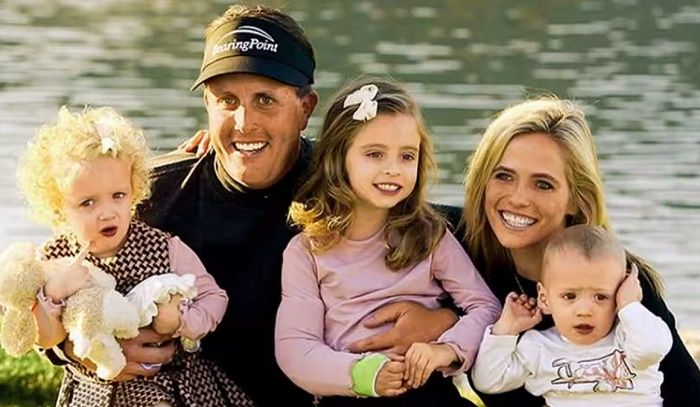 Phil Suspended His Career as She Battled Cancer

On May 20, 2009, it was announced that Amy had been diagnosed with breast cancer and that her husband Phil would suspend his PGA Tour schedule indefinitely. Her treatment began just two weeks later with a major surgery. As she battled with cancer, their family friend and fellow golfer John Daly wore bright pink trousers in her support. A “Pink Out” event, organized by PGA Tour and tour wives, was hosted at the Crowne Plaza Invitational at Colonial the next Saturday to support the family, to which all the tour players wore pink. Phil mentioned in an interview that after learning about the event, “We both had tears rolling down our faces”. She often had to fly to Houston for treatments and medication until being declared cancer-free 11 months later. Her husband returned to play in June 2009 because Amy’s cancer was detected at an early stage. He, however, had to take another leave of absence in July that year after his mother, Mary, was also diagnosed with breast cancer. Following his Masters win in 2010, he memorably greeted Amy with a prolonged hug and kiss as announcer Jim Nantz commented, “That’s a win for the family.” 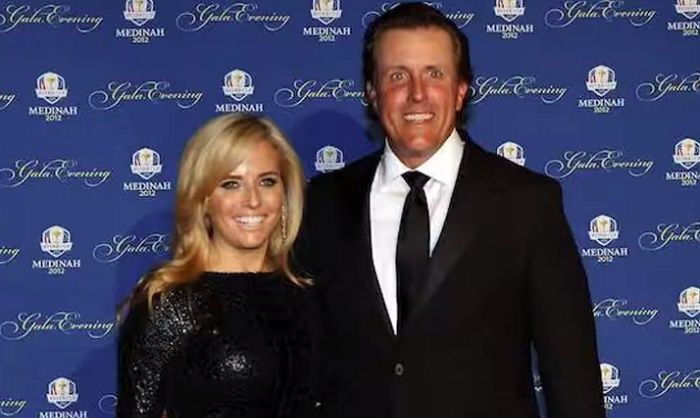 She Is an Active Philanthropist

Shortly after surviving a difficult childbirth, Amy Mickelson and her husband established the Phil and Amy Mickelson Foundation in 2004 to focus on supporting a variety of youth and family initiatives. Phil mentioned that both he and his wife “benefited by being raised in our own strong, loving families” and as such considered family to be their “number-one priority”. He added that the foundation aimed at helping “others strengthen their own family bonds”. The foundation offers assistance to low-income families by donating books, as well as other items including monetary support. The couple donated $100,000 towards hurricane relief for the victims of Hurricane Harvey in 2017. They are also involved with the “Start Smart” charity that helps students whom teachers identify to be in need of financial assistance. In collaboration with his sponsor ExxonMobil, Phil and Amy have also started a teacher sponsorship fund for the Mickelson Exxon Mobil Teachers Academy. Considering how breast cancer affected the family, the couple also supports various charities that help raise funds for further research into the disease.