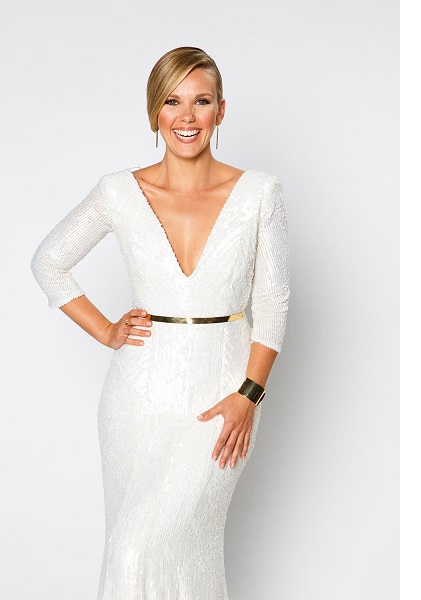 Edwina Bartholomew has clarified in an interview that she is not pregnant. According to the daily mail UK, she has been overrun with messages asking if she is pregnant.

Edwina Bartholomew is an Australian journalist and television presenter who is currently a news presenter on the Seven Network’s breakfast television program Sunrise.

A lot of questions have been asked to Edwina if she is pregnant just after one year of welcoming her first baby.

She revealed by writing a blog for The Daily Telegraph where she said that she has been getting a lot of comments where she was asked when is she welcoming the 2nd baby.

However, in the same telegraph, she also made it clear that the journalist is not pregnant, and neither is she thinking of giving birth.

For now, she is pleased with her husband and one child, and therefore, Edwina does not want to have another baby.

Meet Edwina Bartholomew Husband: Does The Couple Have A Baby?

The couple got married in 2018, but it is known that they had dated for a long time before getting married to each other.

Edwina and Neil had a wedding ceremony in an intimate ceremony on their farm near Mudgee in rural NSW.

Talking about Neil, he is a Fairfax-trained Australian writer, journalist, and social media strategist.

He has worked for some of the world’s largest and most respected media organizations and currently leads ABC’s overall social media strategy.

The couple welcomed their first baby together in 2019, and their daughter is named Molly.

Bartholomew was born in an Australian family.

She was born in Whyalla, South Australia, and spent her early years living in Japan and Malaysia.

Later, the journalist attended the Abbotsleigh School in Wahroonga, Sydney, where she completed her higher school certificate.

She completed her journalism degree at Charles Sturt University and also completed a Masters of International Studies in 2006 at Sydney University.

Edwina has not revealed the name or any other information about her parents and has kept them away from the limelight.

Yes, the Australian journalist is active on Instagram under the username @edwina_b.