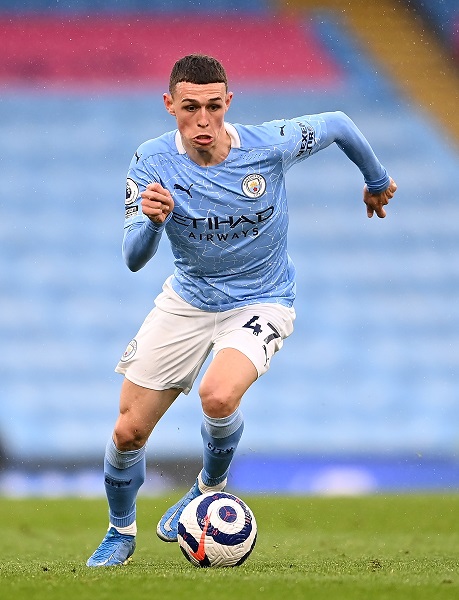 Phil Foden has made his parents proud at a very young age. Let’s know them from here.

Phil Foden is an English professional football. He plays for the Premier League Champions Manchester City F.C and the English National Team

The young footballer is already an icon having won many titles under Pep Guardiola, who he considers as his second father and mentor.

Besides Foden’s hard work and passion for football. His parents and family also play a huge role in his success. Get to know them from here.

The outrageously talented midfielder is the eldest and the only son of his proud parents.

Phil Foden is very close to his mother Claire Foden.

His mother is the one who guided the young starlet’s football career.

She and Phil are the only supporter of Manchester City F.C in the family.

Foden was only six years old when his dad introduced him to angling. Two often spend their free time fishing and traveling.

According to Phil, his dad is a big supporter of Manchester United.

In an interview, Phil Foden revealed that during the derby time there is a huge divide in his household.

Phil Foden has a younger sister in his family.

She is still very young and we do not know her name. However, there are pictures of him holding his infant sister on his social media.

He is of English ancestry and follows Christianity as a religion.

Foden was raised in Stockport, the United Kingdom to a middle-class family who is big fans of the beautiful game.

Phil grew up in the family supporting his boyhood club Manchester City.

However, he revealed most of his family supported City’s biggest rival club Manchester United.

Currently, the Foden family lives in their $3 million valued home along with Phil’s partner Rebecca Cooke.