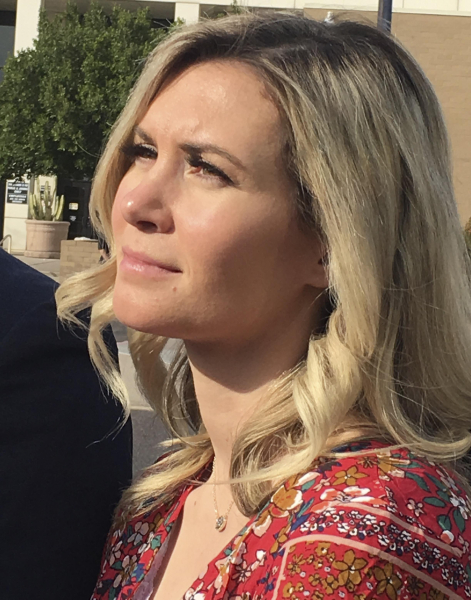 Melani Pawlowski is an ex-wife of Brandon Boudreaux who was allegedly shot back in 2019. They got divorced before the incident.

Lori Vallow’s niece, Melani, has been in a fight for custody with her ex-husband Brandon Boudreaux for years. Learn more about her husband and her biography below.

Melani Pawlowski has four children with her ex-husband Brandon Boudreaux. She recently had a baby with her current husband, Ian Pawlowski.

There is no concrete information about her marriage to Brandon. But they split two years ago.

She then got married to Ian Pawlowski in the same year after dating for just two weeks.

Melani has been in a fight for custody with her ex-husband Brandon Boudreaux. As of 2021, Melani and Brandon’s children remain in custody.

Now, you may want to know who Melani Pawlowski and Lori Vallow are?

Melani is Lori Vallow’s niece and likewise, Lori is aunt of her. Melani was the daughter of late Stacey Lynne Cox Cope, sister of Lori.

Her mother died on May 21, 1998, when Melani was just 9 years old. Melani left her ex-husband and her children in Arizona shortly after Brandon accused her of being part of a “cult.”

It was filed that the cult was where numerous members, adults and children alike, had been killed off like flies. Melani moved to Idaho with her current husband, Ian, and lived next door to her aunt Lori Vallow Daybell and uncle Alex Cox.

Just to remind you that all these names are involved in a criminal incident that we will cover in this article.

Brandon, Melani’s ex-husband was shot shortly after she moved to Idaho. Surprisingly, it is said that her uncle Alex is the alleged shooter. Then again, in September 2019, there was a missing case of Lori Vallow’s children JJ Vallow, 7, and Tylee Ryan, 17.

Melani was under investigation for the attempted murder of her ex-husband. She was also suspected to have a connection to Vallow’s missing kids. Sadly, Lori’s children were found dead and Lori and Chad Daybell are scheduled for a joint trial in July 2021.

“Joinder would be extremely prejudicial to Mr. Daybell & his right to present his defense.”

But Melani has been consistently denying that she was involved in any of the incidents and she had been accused falsely.

Both Melani and Ian say they are working on their custody cases saying that the situation they are facing is unjust. Melani does not seem to have an Instagram account.