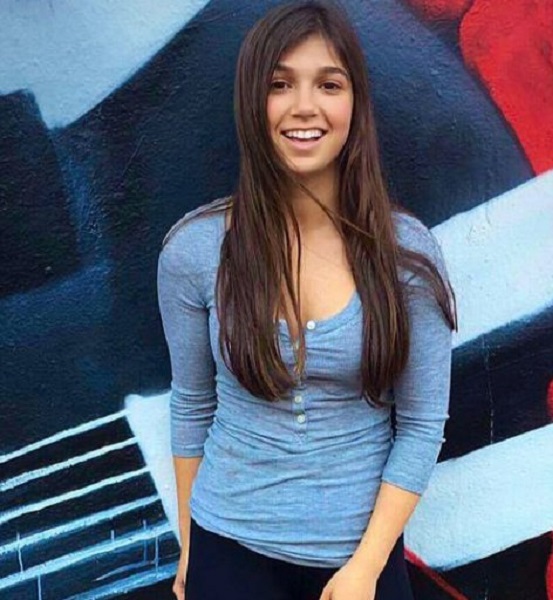 Julia Haart daughter Miriam Haart in her 20s is an app developer. Details on her age and Instagram are given right below.

Miriam Haart is the daughter of fashion designer Julia Haart. Just like her mom, she has been a famous name on the news and social media lately.

Miriam is part of Netflix’s new reality show, My Unorthodox Life, a tribute to Julia Haart. Here are some more details on her daughter.

Miriam Haart has no Wikipedia but has made a place on her mom’s official bio.

She is a software engineering student and a young entrepreneur.

Miriam Haart has taken a class at Standford as a freshman. In February 2019, as a 19-year-old she took a CS11 class titled: How to Make VR.

After her graduation, she attended the Make School, a computer science-focused college in San Francisco.

Eventually, she refined her programming skills. She has also worked as a Data Science intern at Yewno.

In the future, she hopes to emphasize the accessibility of Computer Science to people.

In My Unorthodox Life, Julia Haart stresses the beauty of her Jewish religion and explains her decision to leave a fundamentalist community pic.twitter.com/KVVT72NBLI

She was born in the year 2000 and her birthday is on January 25. As per astrology, she belongs to the Aquarius sign.

The youngster was born in Georgia. Julia gave birth to her when she was only 19 years of age.

Her biological father Yosef is currently engaged to a new woman. While her mother is married to her stepdad Silvio Scaglia.

Miriam Haart loves her job as a Computer Software Engineer.

She has made apps such as Norma, Blaze, and Recyclable, some of which have now turned into startups.

Currently, Miriam Haart has no boyfriend. She is openly bisexual and has dated a number of men and women before.

However, there isn’t much evidence of her latest relationship status.

She goes by the username @miriamhaart and has amassed more than 5.9 thousand followers to date.

Similarly, Miriam has over 5k followers on TikTok. Check out her profile here.