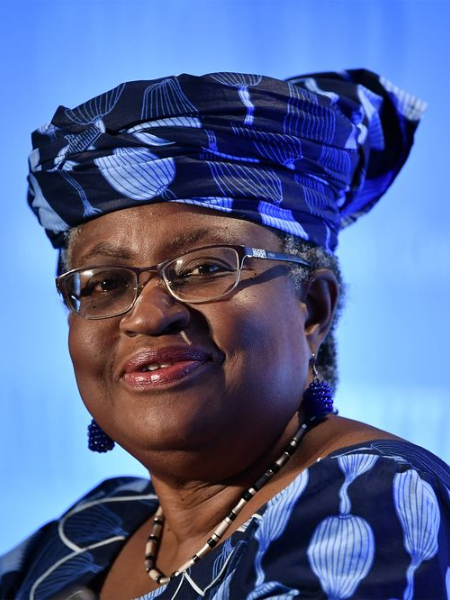 Ngozi Okonjo-Iweala is a Nigerian politician. She is the former minister of finance and foreign affairs of Nigeria. As of 2020, she is in the running for WTO Director-General and has been backed by the EU.

Okonjo-Iweala has also done a lot of work as the board member of organizations like Standard Chartered Bank, Twitter, etc. She worked for more than 25 years as a development economist at the World Bank.

Congrats to Prime Minister @sugawitter of Japan on his commitment to net-zero emissions by 2050. This is true leadership on the #RacetoZero. Japan will now need to set out ambitious 2030 targets to grasp opportunities of #greengrowth