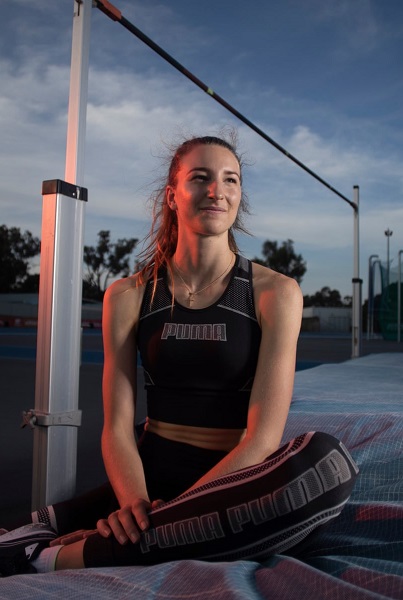 Who Are Nicola Mcdermott Parents? Mcdermott managed to win a silver medal for Australia at the 2020 Summer Olympics in Tokyo.

Nicola Mcdermott is an Australian high jumper who holds the current high jump Oceanian record. She achieved her personal best at the 2020 Tokyo Olympics with 2.02 meters. Nicola is the first person to win a medal at the event since Michele Brown in the 1964 Tokyo Olympics.

Who Are Nicola Mcdermott Parents?

According to her father, Ian, Nicola was not good at tennis and swimming, and she also played basketball for a while but lacked coordination, reports The Guardian.

When Mcdermott was in year 2, she went to the Little Athletics with her parents and won all the events.

Nicola Mcdermott became a Christian at the age of 16 years.

Mcdermott has been very public about her faith and calls it a conscious decision. Nicola Mcdermott considers her religion and Christian faith more important to her than her sport, reports Perth Now.

Nicola has a tattoo of the Bible verse (1 John 4:18) on her wrist. She helped set up Everlasting Crowns, a ministry that encourages track and field athletes who are also Christians. Because of coronavirus restrictions, their Bible study and in-person prayer meetings have been limited.

Nicola Mcdermott does not have a husband as she is not yet married.

Nicola Mcdermott rarely uploads pictures of her partner or boyfriend on her social media accounts.

Mcdermott prefers to keep the details of her personal life away from the media. Fans will find out about her dating life and relationships once Nicola decides to open up about it.

She was born and raised in North Gosford, New South Wales, Australia. Mcdermott is currently studying at the University of Sydney, where she hopes to graduate with a degree in biochemistry.