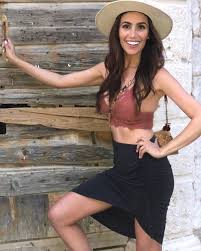 Nicole I. Butler is a beautiful and successful actress known for her incredible work on the big screen. She has appeared on many TV series like NCIS: New Orleans (2017) as Monica Grange, Jimmy Kimmel Live (2018) as Melania Trump, and A Perfect Christmas List (2014) as Ms. Carrier, and many more.

In the fantasy TV drama, “Heroine Legends” she has appeared as a stunt performer in 2012. Moreover, she has an uncredited TV series named Boss. This TV series was released in 2011. Similarly, her latest movie, “Tell Me I Love You” a character named Tanya in the year 2020 became popular internationally.  Nicole enjoys her work, that’s the reason the audience appreciates her acting skills and supports her. Her

10 Facts on Nicole I. Butler