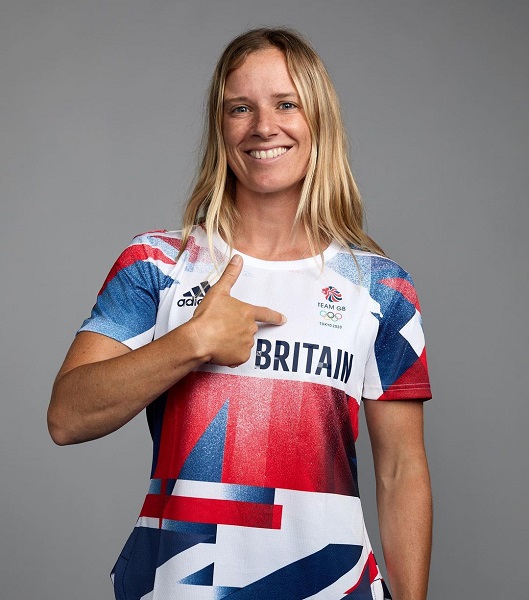 Hannah Mills is yet to have a husband. However, she has been dating her boyfriend Nick Dempsey for several years.

British competitive sailor Hannah Mills is the 2 times world champion in the Women’s 470 class which she won in 2012 and 2019.

Meet Hannah Mills, Husband- Who Is Her Real-Life Partner?

Hannah Mills is not married yet, which means she does not have a husband for now.

However, she is about to get married to her long-time boyfriend named Nick Dempsey, and the couple has an evergreen bonding and relationship.

Her real-life partner is also a three-time Olympic medalist in surfing and has two silvers and one bronze in his name.

Talking about Nick, he booked his first international success at the 1998 Mistral Youth World Championships, where he won the bronze medal.

Before getting into a relationship with Hannah, Dempsey had also married yachtswoman Sarah Ayton in October 2008.

The couple gave birth to their first son named Thomas Flynn in June 2009, and their second son Oscar in March 2012.

The relationship could not go too long with each other, and they finally broke up in late 2012 after being the parents of two children.

Professional competitive sailor Hannah was born to British parents. Her mother’s name is known to be Fiona Mills, but the sailor has not revealed the name and information about her father yet.

Hannah also has a brother named Richard Mills, who is a Cardiff Bay Yacht Club, and he is passionate about using sailing.

Mills started sailing at the age of 8 years old at Cardiff Sailing Centre after trying sailing on a family holiday in Cornwall.

She is part of the school pay-only alumnus program, sometimes visiting the school to talk about her achievements.

Hannah Mills Age Revealed- What Is Her Height?

Hannah started sailing at a very young age and then soon started moving up to sail for the Welsh National Optimist Squad.

Moreover, she has also won the British Optimist Championships in the year 2001.

Talking about Hannah’s height, she stands at 5 feet 1 inch.

Mills was also the GB flag bearer at the 2020 Olympics in Japan, which took place in July 2021.