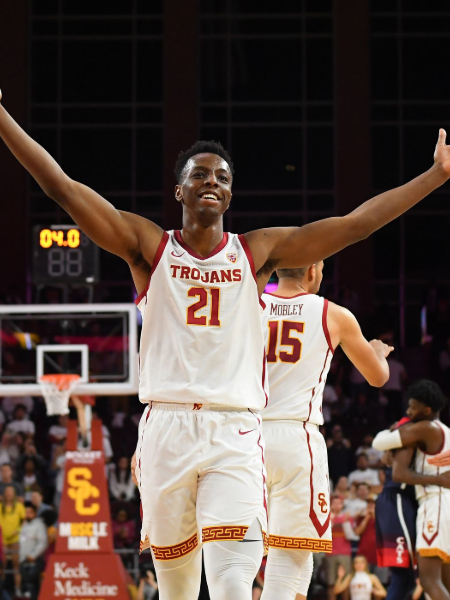 Onyeka Okongwu, the new NBA player has been a star even before being drafted into the world-famous league. The 19-year-old plays the power forward and has been selected by the Atlanta Hawks.

He was a superstar recruit and is the 6th overall pick in the 2020 NBA Draft. He had a grade 93 overall rating as a recruit and most outlets named him a 5-star recruit.

All smiles on #DraftDay 📸. After my big moment, @Verizon is gonna put me in touch with some people I wanna share it with. Who should I call?! #ad pic.twitter.com/xIX1Jl30iw