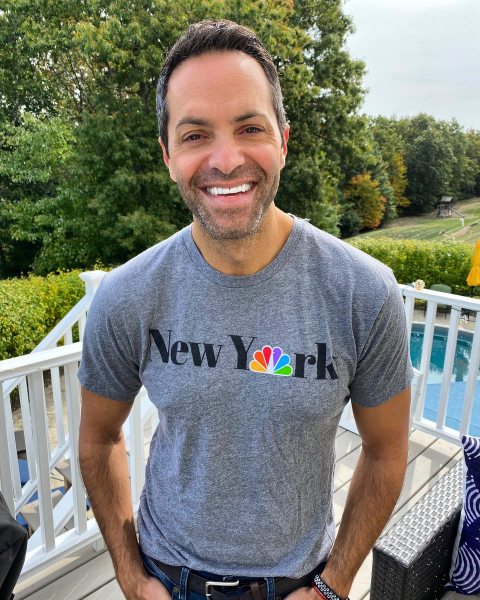 Phil Lipof is an Emmy and Murrow award-winning correspondent. His wife, Juli Auclair Lipof, is a former journalist. Is he leaving NBC news? Let us find that out and more about his life-threatening illness in this article.

The renowned journalist already has around 25 years of working experience. Throughout his career, he has covered some of the biggest news stories from across the country.

She is currently a content creator, writer, and social media marketing manager. She has been working for Various companies since January 2010.

Previously she worked as a Social Media Marketing Manager for HRC fertility. She managed social media platforms for doctors, wrote articles, and produced videos for websites.

Besides content writing and social media marketing, she has also been into the field of journalism. She worked as a news reporter/anchor at 7 news. She worked there for five years — from July 2001 to June 2006.

Phl and Julie are happily married together, and they have two children together. They have a daughter, Daniella Lipof, and a son, named Dylan Lipof.

Phil Lipof Illness: What happened to him?

The Boston-based newscaster Phil Lipof had a life-threatening drug reaction.

The severe reaction that he got is called DRESS (Drug Rash with Eosinophilia and Systemic Symptoms). A cross-specialty team went there on time to rescue him.

He got the reaction after taking antibiotics for his staph infection. His condition became worst as the rash broke out on his entire body.

Along with the rashes, his liver was also severely injured. But in the end, everything went well. He was diagnosed and treated by a dermatologist Steven Chen, MD.

He had to stay at the hospital for eight days and took a month to recover well.

It seems that Phil Lipof is leaving NBC News. Just recently, Phil tweeted about his first live broadcast with the ABC World News.

First live broadcast with @ABCWorldNews – so fortunate to be working with such amazing journalists. Thanks for the welcome @LinseyDavis – I feel like I’m home. pic.twitter.com/AsemYLcERm

He has worked as an evening news anchor for NBC News from September 2016 to July 2020. Then in September 2020, he worked as a news reporter at NBC New York.

Besides that, he has worked as a news anchor for several other news broadcasters.

Despite being a popular journalist, Phil Lipof does not have an official Wikipedia page.