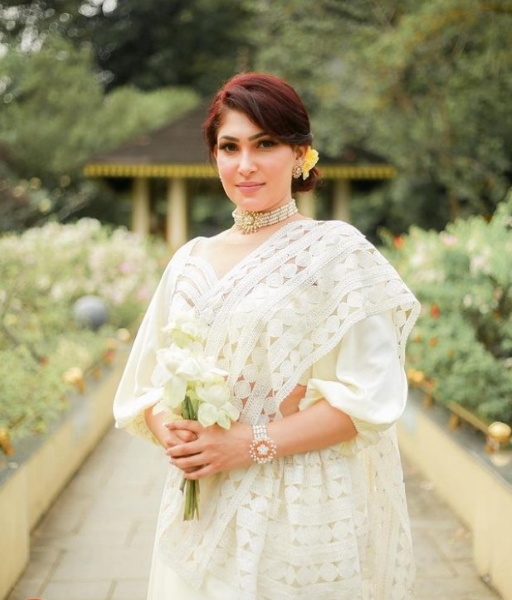 At the Mrs. Sri Lanka 2021 event, Pushpika De Silva’s crown was stripped. What actually happened? Let’s abridge our curiosity and learn all about the controversies surrounding her husband and marriage.

Pushpika De Silva was crowned as Mrs. Sri Lanka 2020 on April 4, 2021. But right after the crowning ceremony, former Mrs. Sri Lanka Caroline Jurie stripped off her head’s crown, claiming Pushpika to be divorced.

According to BBC, Pushpika has suffered from head injuries as a result of the harsh incident. However, the organizers have apologized and have claimed that the crown will be returned to Mrs. De Silva.

Also, she has dedicated her Mrs. Sri Lanka crown to all single mothers who are raising their children alone.

Pushpika De Silva’s husband is Thilanka Dabarera. He is a businessman.

The couple exchanged their wedding vows with a lavishing wedding ceremony in 2016. However, things didn’t go great between the couple for long, and they are now separated.

But this does not mean that they are divorced. Pushpika’s husband himself confirmed through his social media account that they are not divorced yet, but their divorce process is ongoing.

Her Age And Height Revealed

The model was born in the year 1989 and celebrates her birthday on October 2 every year.

Similarly, she stands quite tall at the height of 5 feet and 9 inches. And she maintained a perfectly fit body mass of 64 kg.

Everything On Her Children and Family

Pushpika is blessed with a really cute son named Tavon.

Her son seems to be a preschooler who is not more than 4 years. We can often see Pushpika sharing cute pictures featuring her son on her social media platforms.

Any other information relating to her family is off the record.

Yes, Pushpika is available on Instagram under the handle @pushpika_desilva.

The diva has 47.3k followers in her account. Most of her posts are either her modeling pictures or cute pictures with her son.