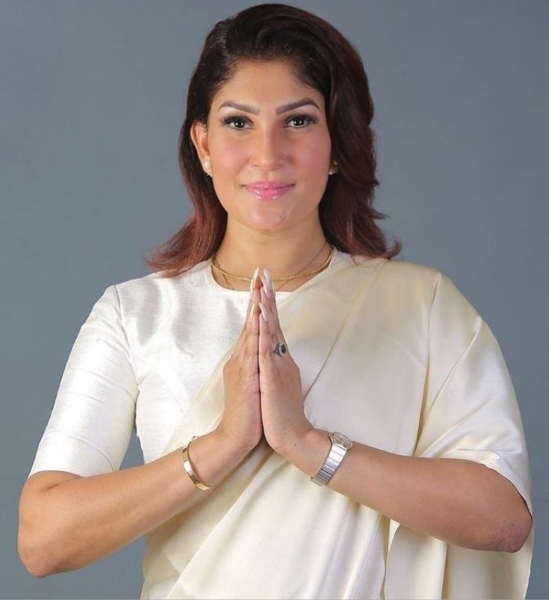 Pushpika De Silva is crowned as the new Mrs. Sri Lanka 2020. Currently, the details on her husband and marriage have been the talk of the town. So, let’s know everything about her.

Pushpika De Silva is the name that is seen all over the internet currently. Her name is on the web, not only because she was crowned Mrs. Sri Lanka, but also because of what occurred shortly after the ceremony.

So, after she was crowned, former Mrs, Sri Lanka, Caroline Jurie stripped off the crown from her head, claiming her divorced. Pushpika revealed on Facebook that she suffered a head injury and had to go to the hospital as a result of the traumatic incident.

However, the matter is now under control. According to BBC, the crown will be returned to Pushpika.

The model exchanged her wedding vows with Thilanka Dabarera in the year 2016. Thilanka is a businessman by profession and a Commercial Pilot.

The pictures of her marriage can be easily found on the internet.

No, Pushpika is yet to be divorced, however, the divorce procedures are ongoing.

Though the couple had a great wedding their marriage didn’t last long and they got separated in 2017.

After all the controversies relating to their divorce arose, her husband took his social media to declare that they have parted ways. He also claimed that he respected Pushpika as the mother of his son.

Pushpika 5 feet 9 inches 9 in height,  began her career as a model at a young age. Since then she has been taking part in various pageant shows. In 2011 she won the title of Miss Sri Lanka.

Moreover, speaking of her family, she has a 4 years old son named Tavon. The model is often seen sharing precious moments with her son and captioning them as #puthuki.